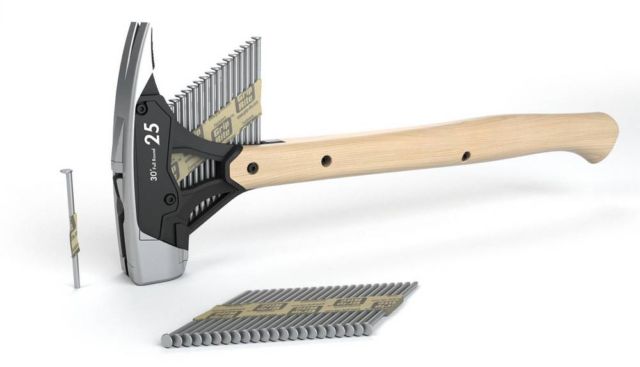 Take a look at this brilliant hammer that includes a collated nail dispenser. 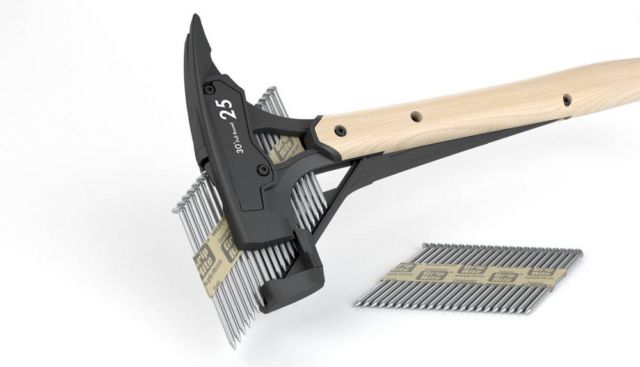 “Craftsman offered me a large sum to purchase the idea. Unfortunately it was in the middle of their company being purchased by Sears, their department dramatically shrunk right after our initial deal, people that I was working with left the company, and the deal slowly eroded with their bandwidth to take on new projects. At the end of it my provisional patent has expired and I let it go. Glad to have tried and succeeded in many ways, here’s to the next one! Demo video in the website link below!” 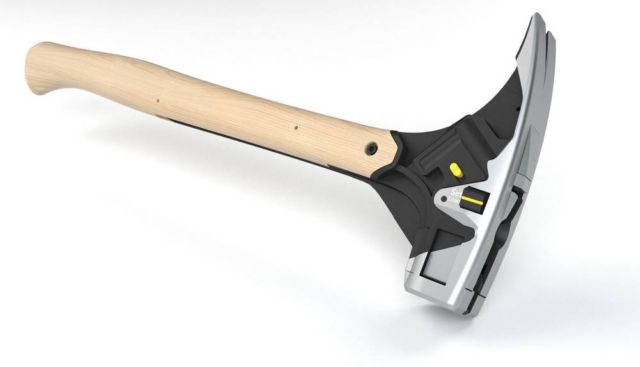 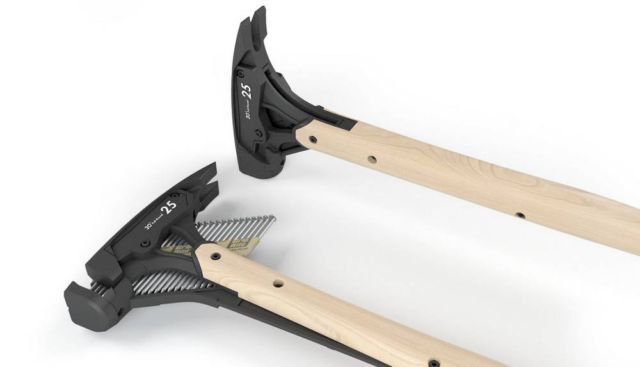 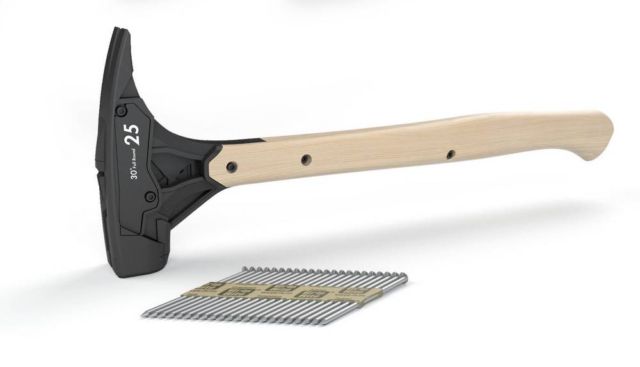