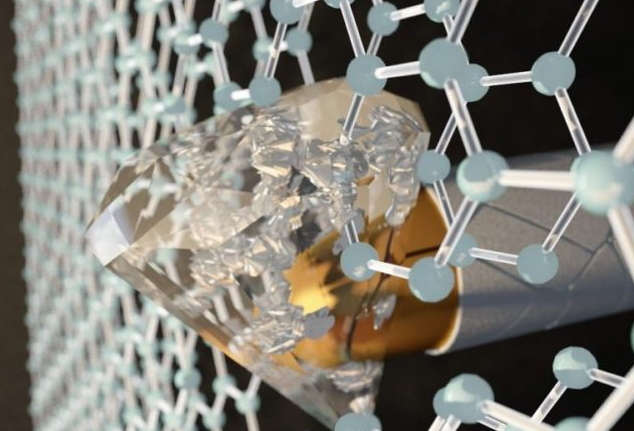 Scientists revealed graphene-based armor that could stop bullets by becoming harder than diamond.

Scientists at the Advanced Science Research Center (ASRC) at the Graduate Center, CUNY, transformed the honeycombed graphene into a diamond-like material at room temperature, by applying pressure with an indenter to two layers of graphene, each one-atom thick.

This innovation could lead to the creation of a range of flexible, impenetrable materials, capable of protecting the body.

In a newly published paper in Nature Nanotechnology, researchers across The City University of New York (CUNY) describe a process for creating diamene: flexible, layered sheets of graphene that temporarily become harder than diamond and impenetrable upon impact.

Elisa Riedo, professor of physics at the ASRC and the project’s lead researcher. “,” said

“This is the thinnest film with the stiffness and hardness of diamond ever created. Previously, when we tested graphite or a single atomic layer of graphene, we would apply pressure and feel a very soft film. But when the graphite film was exactly two-layers thick, all of a sudden we realized that the material under pressure was becoming extremely hard and as stiff, or stiffer, than bulk diamond.”