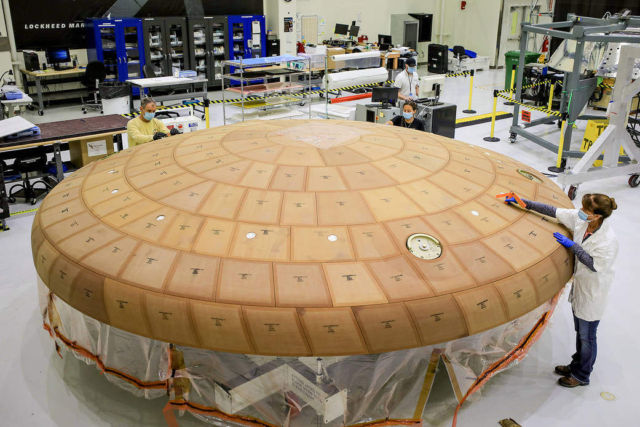 Technicians at NASA’s Kennedy Space Center in Florida recently finished meticulously applying more than 180 blocks of ablative material to the heat shield for the Orion spacecraft set to carry astronauts around the Moon on Artemis II.

The heat shield is one of the most critical elements of Orion and protects the capsule and the astronauts inside from the nearly 5,000 degrees Fahrenheit temperatures, about half as hot at the Sun, experienced during reentry through Earth’s atmosphere when coming home from lunar velocities.

Prior to installation, several large blocks of the ablative material called AVCOAT were produced at the agency’s Michoud Assembly Facility in New Orleans. They were then shipped to Kennedy and machined into 186 unique smaller blocks before being applied by the technicians onto the heat shield’s underlying titanium skeleton and carbon fiber skin.