How phases of the moon can affect your sleep

How phases of the moon can affect your sleep 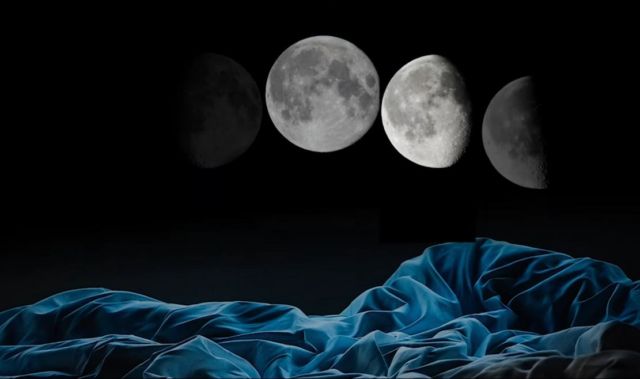 Can lunar cycles play a part in how you sleep?  A new study shows that In the days leading up to a full moon, people sleep for shorter periods of time.

A new study led by UW professor of biology Horacio de la Iglesia shows that sleep cycles in people oscillate as the moon gets bigger and smaller.

In the days leading up to a full moon, people go to sleep later in the evening and sleep for shorter periods of time.
The research team observed these variations in both urban and rural settings — from Indigenous communities in northern Argentina and college students in Seattle, a city of more than 750,000 with lots of streetlights and access to electricity at night time.
The pattern may indicate that our natural circadian rhythms are somehow synchronized with the phases of the lunar cycle.
The team confirmed that the evenings leading up to the full moon — when participants slept the least and went to bed the latest — have more natural light available after dusk. The waxing moon is increasingly brighter as it progresses toward a full moon, and generally rises in the late afternoon or early evening, placing it high in the sky during the evening after sunset. The waning moon also gives off significant light, but the moon rises so late in the evening you might not even see it at those points in the lunar cycle. 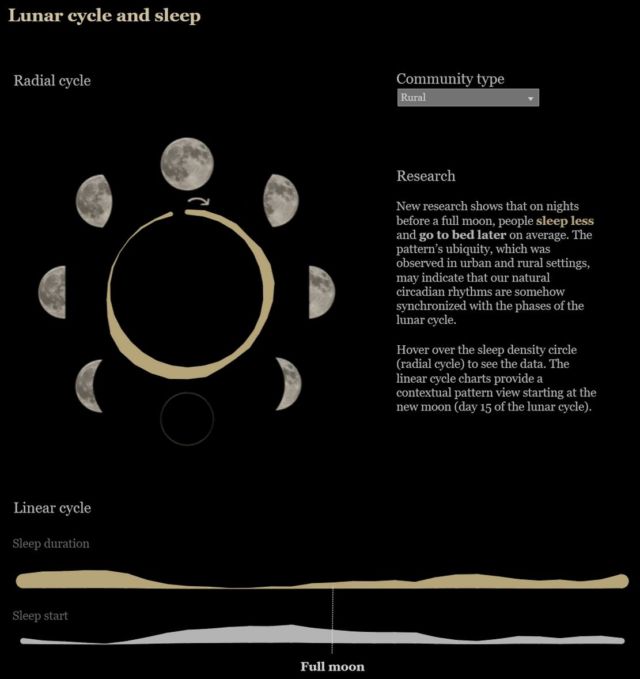 “We hypothesize that the patterns we observed are an innate adaptation that allowed our ancestors to take advantage of this natural source of evening light that occurred at a specific time during the lunar cycle,” said lead author Leandro Casiraghi, a UW postdoctoral researcher in the Department of Biology.