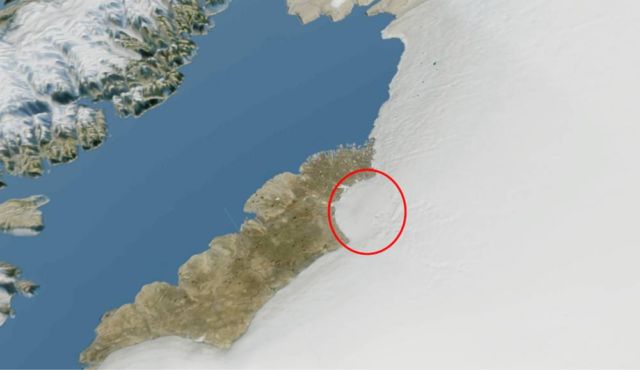 From airborne radar surveys, scientists identify a 31-kilometer-wide, circular bedrock depression beneath up to a kilometer of ice.

This depression has an elevated rim that cross-cuts tributary subglacial channels and a subdued central uplift that appears to be actively eroding.

Above, the location of the in northwestern Greenland impact crater.  Image credit The Natural History Museum of Denmark 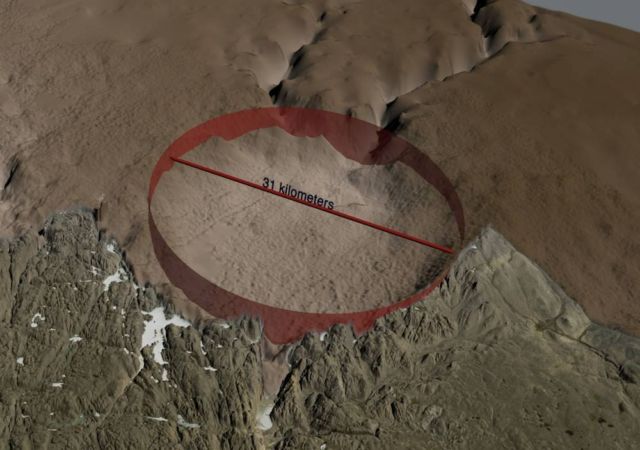 Map of the ice sheet.  Image credit The Natural History Museum of Denmark

“We’ve collected lots of radar-sounding data over the last couple of decades, and glaciologists put these radar-sounding datasets together to produce maps of what Greenland is like underneath the ice. Danish researchers were looking at the map and saw this big, craterlike depression under the ice sheet and looked at satellite imagery and — because the crater is on edge of the ice sheet — you can see a circular pattern there as well. The two combined made a really strong case for this being an impact-crater site. Based on this discovery, a detailed radar survey was conducted in May 2016 using a new state-of-the-art radar designed and built by KU for the Alfred Wegener Institute in Germany.” 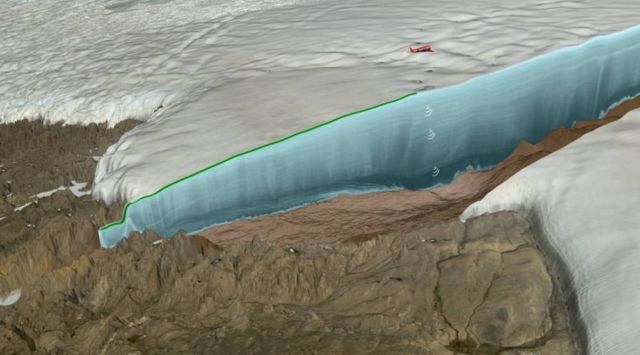 In this illustration an airplane using radar to map the topography under the ice sheet.  Image credit NASA Goddard Space Flight Center)