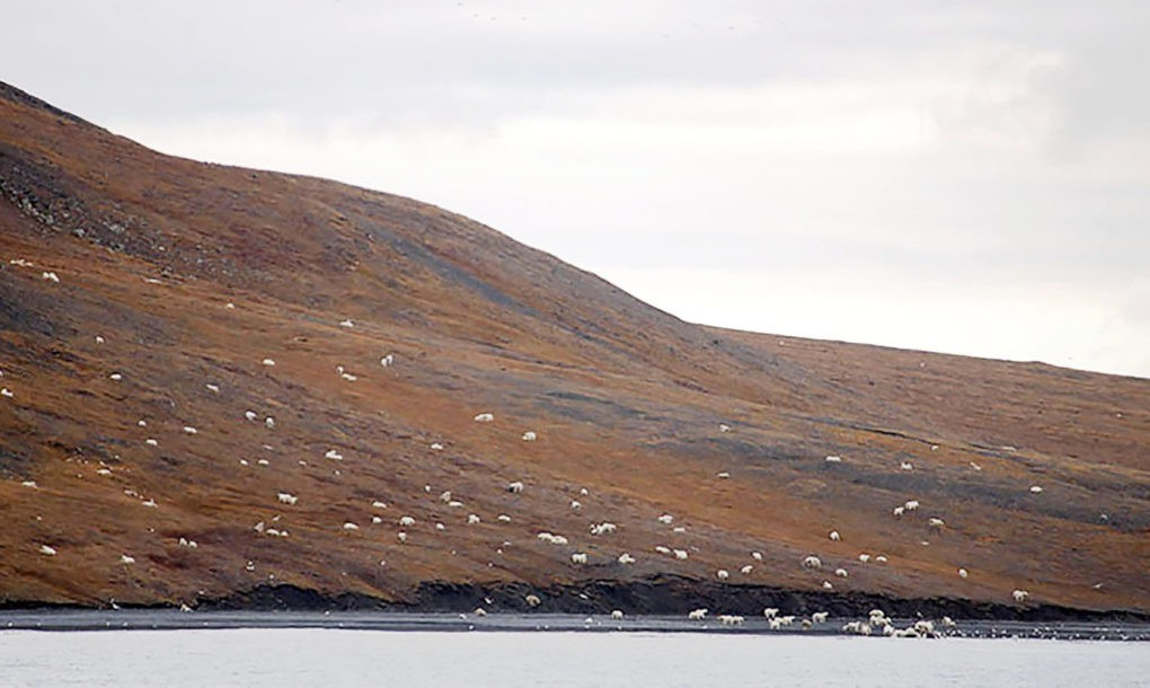 Hundreds of Polar Bears gathered to eat one Whale carcass

Hundreds of Polar Bears gathered to eat one Whale carcass

A lot of tourists witnessed a unique event when a whale washed ashore, at Wrangel Island in Russia and more than 230 polar bears gathered to eat the carcass.

The last day of visit made by touristic ship “Akademik Shokalskiy,” that went along the Northeast Passage from Murmansk to Anadyr, has ended with an outstanding event.

Next to the place where the corps of Bowhead whale was washed ashore, over 230 bears have gathered.

“There were male and female bears, some with little bears of all ages, two female bears with 4 little ones.”

Tourists were lucky to find such unique gathering of bears because the ship has passed by the island. There were scientists and security supervisors on the ship. International scientific group for monitoring population of white bears on Chukotka and Alaska working in that area of the island was informed about the finding.