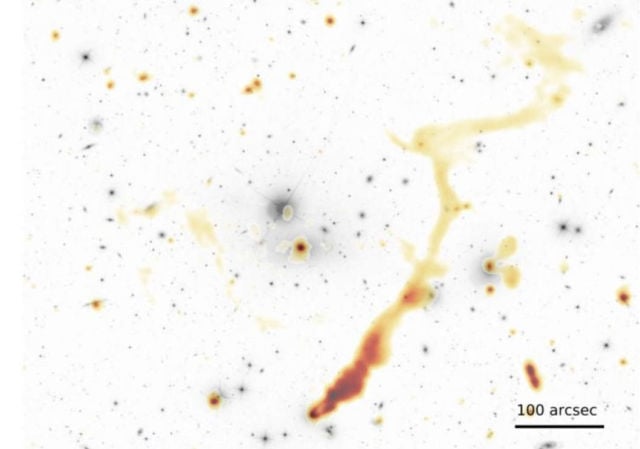 An international team of more than 200 astronomers from 18 countries discovered hundreds of thousands of unknown galaxies.

The survey reveals hundreds of thousands of previously undetected galaxies, shedding new light on many research areas including the physics of black holes and how clusters of galaxies evolve. A special issue of the scientific journal Astronomy & Astrophysics is dedicated to the first twenty-six research papers describing the survey and its first results.

Radio astronomy reveals processes in the Universe that we cannot see with optical instruments. In this first part of the sky survey, LOFAR observed a quarter of the northern hemisphere at low radio frequencies. At this point, approximately ten percent of that data is now made public. It maps three hundred thousand sources, almost all of which are galaxies in the distant Universe; their radio signals have travelled billions of light years before reaching Earth.

This movie gives a quick tour of four galaxies in the Universe that show the capability of LOFAR and/or the difference between detecting radio and optical waves. Created by Rafaël Mostert (Leiden University & ASTRON).