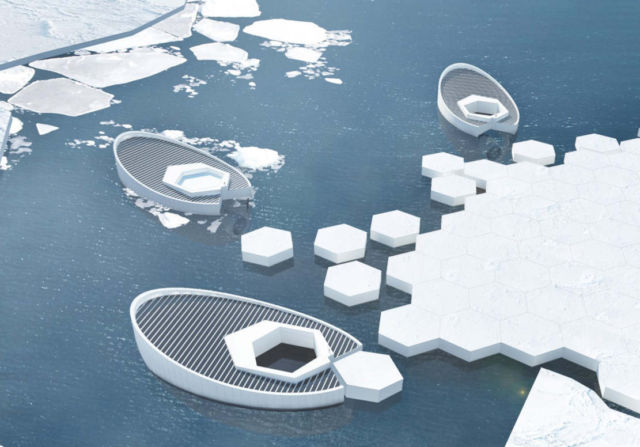 In a bid to combat climate change, a team of designers led by Faris Rajak Kotahatuhaha proposes re-freezing sea water in the Arctic to create miniature modular icebergs using a submarine-like vessel.

The designer created a prototype with collaborators Denny Lesmana Budi and Fiera Alifa for an international competition organized by the Association of Siamese Architects.

The team was awarded second prize in the contest for its geoengineering proposal to “re-freeze the Arctic and transform sea water into new ice fields.”