Iceland to Harvest Energy From Volcanoes

Iceland to Harvest Energy From Volcanoes 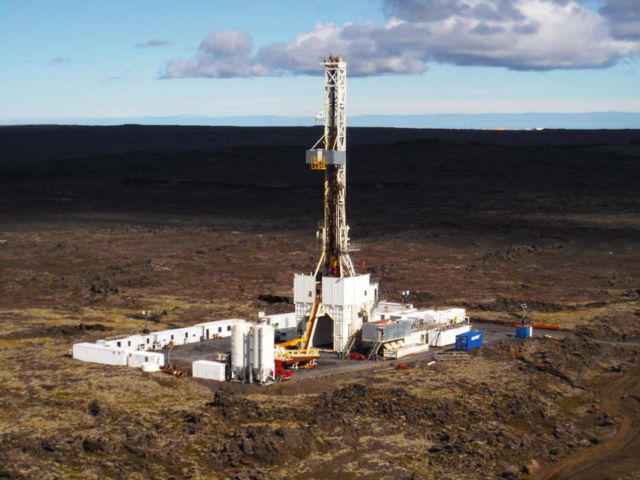 Iceland will use extreme tech to harvest geothermal energy from volcanoes.

Iceland, that runs on 100% renewable energy, using a drilling project named Thor, will harness the geothermal energy of volcanoes.

Geothermal energy comes from the Earth’s volcanic areas, like Iceland’s.

IDC Rig Thor drilling for geothermal in Reykjanes peninsula. As part of this Green Energy Project the rig runs directly on gridpower from the unique geothermal powerplant of HS ORKA. This hightech rig has the ability to fit on tight locations and is therefor ideal for areas with limited access.