Image of Quantum Entanglement captured for the first time

Image of Quantum Entanglement captured for the first time 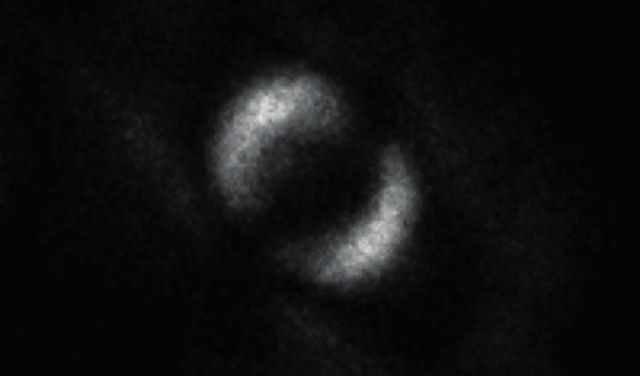 Scientists captured the image of quantum entanglement for the first time ever.

Scientists from the University of Glasglow published their paper in the journal of Scientific Advances.

The first image of quantum entanglement, where two particles interact and share their physical states, for an instant, no matter their distance. Einstein once called it ‘spooky action at a distance,’ because is impossible under the rules which govern our Universe.

Acquiring images of such a fundamental quantum effect is a demonstration that images can capture and exploit the essence of the quantum world.

The amount by which the inequality is violated often provides a good benchmark on how a quantum protocol will perform. Here, we report an experiment demonstrating the violation of a Bell inequality within observed images.

Paul-Antoine Moreau of the University of Glasgow, said:

“The image we’ve managed to capture is an elegant demonstration of a fundamental property of nature, seen for the very first time.

It’s an exciting result which could be used to advance the emerging field of quantum computing and lead to new types of imaging.” 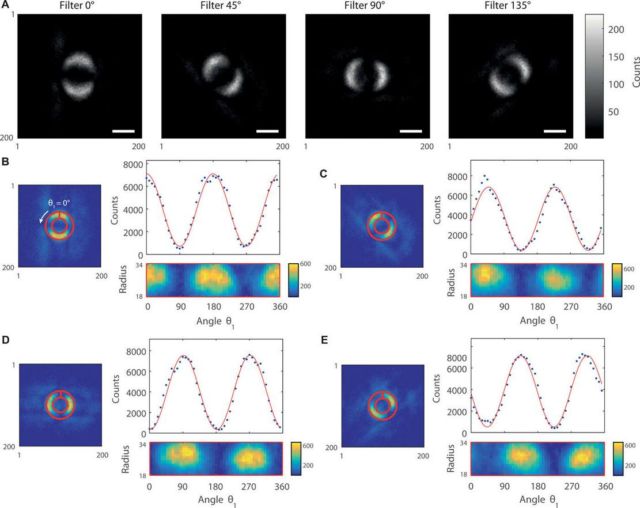 Full-frame images recording the violation of a Bell inequality in four images. (A) The four coincidence counting images are presented, which correspond to images of the phase circle acquired with the four phase filters with different orientations, θ2 = {0° , 45° , 90° , 135°}, necessary to perform the Bell test. Scale bars, 1 mm (in the plane of the object). (B to E) The coincidence counts graphs as a function of the orientation angle θ1 of the phase step along the object are presented. As shown, these results are obtained by unfolding the ROIs represented as red rings and are extracted from the images presented in (A). The blue dots in the graphs are the coincidence counts per angular region within the ROIs, and the red curves correspond to the best fits of the experimental data by a cosine-squared function. (B) to (E) correspond to phase filter orientations θ2 of 0°, 45°, 90°, and 135°, respectively.   Credit: Science Advances (2019). DOI: 10.1126/sciadv.aaw2563 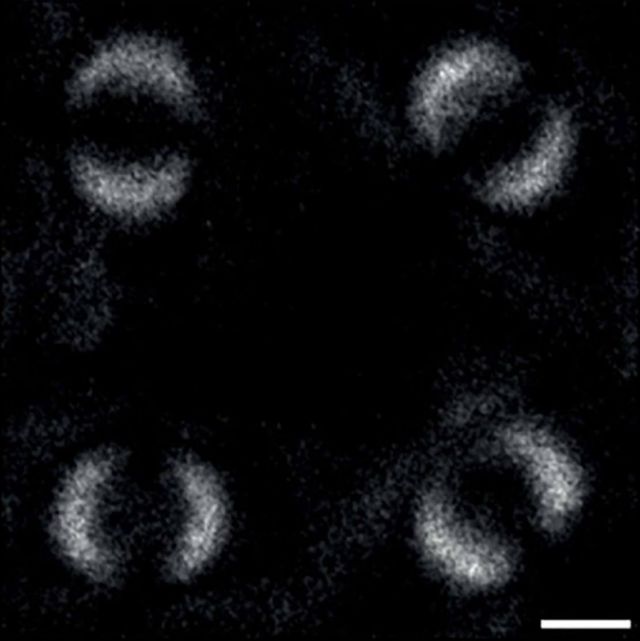