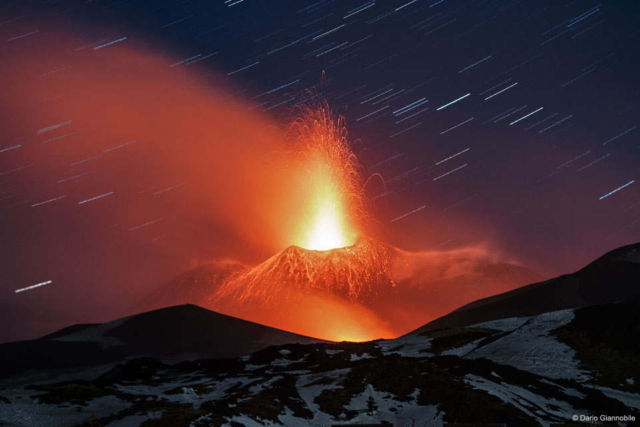 For hundreds of thousands of years, Mt. Etna volcano, in Sicily, Italy, has been erupting producing lava fountains over one kilometer high.  Image credit Dario Giannobile

Mt. Etna is not only one of the most active volcanoes on Earth, it is one of the largest, measuring over 50 kilometers at its base and rising nearly 3 kilometers high.

Pictured in mid-March, a spectacular lava plume erupts upwards, dangerous molten volcanic bombs fly off to the sides, while hot lava flows down the volcano’s exterior. The Earth’s rotation is discernable on this carefully time, moon-lit, long duration image as star trails.