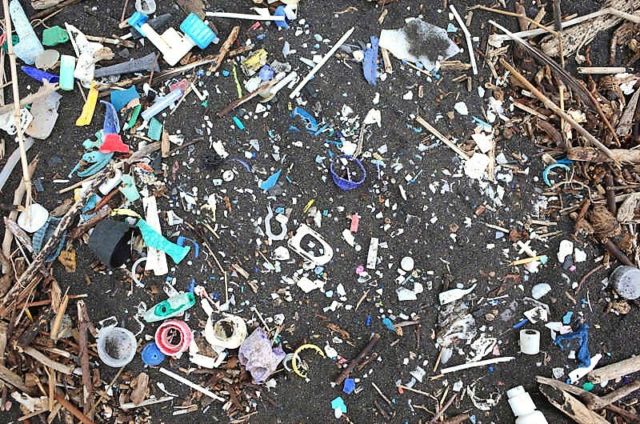 The amount of plastic washing up onto the shores of remote South Atlantic islands is 10 times greater than it was a decade ago.

This is according to new research published on 8 October in the journal Current Biology.

The study shows for the first time that plastic pollution on some remote South Atlantic beaches is approaching levels seen in industrialised North Atlantic coasts.

During four research cruises on the BAS research ship RRS James Clark Ross between 2013 and 2018, a team of researchers from ten organisations sampled the water surface, water column and seabed, surveyed beaches and examined over 2000 animals across 26 different species.

The amount of plastic reaching these remote regions has increased at all levels, from the shore to the seafloor. More than 90% of beached debris was plastic, and the volume of this debris is the highest recorded in the last decade.