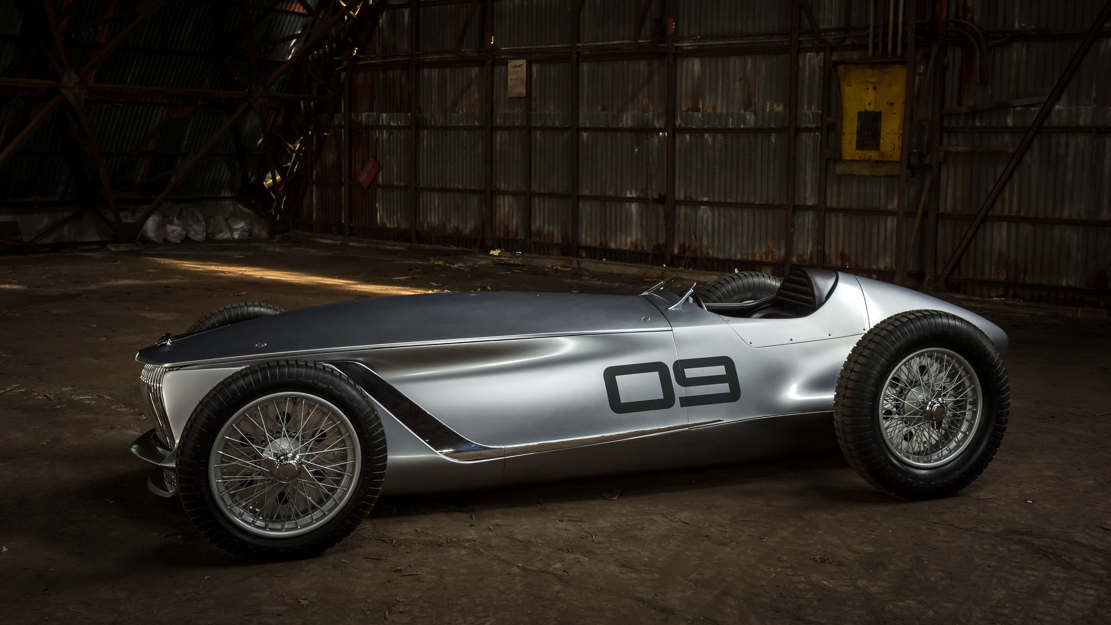 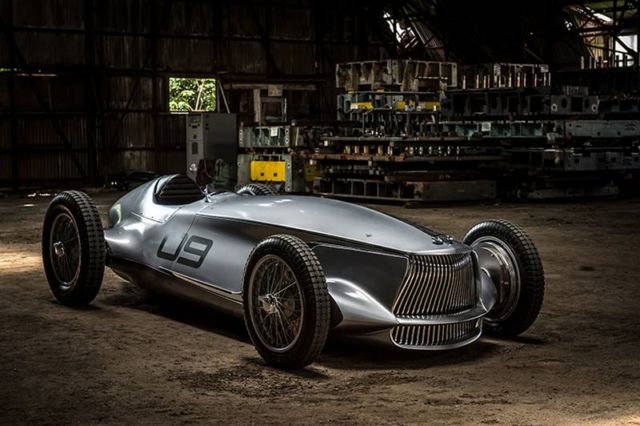 Infiniti Prototype 9 powered by electric motor, re-imagines what might have been for a 1940s grand prix race car. 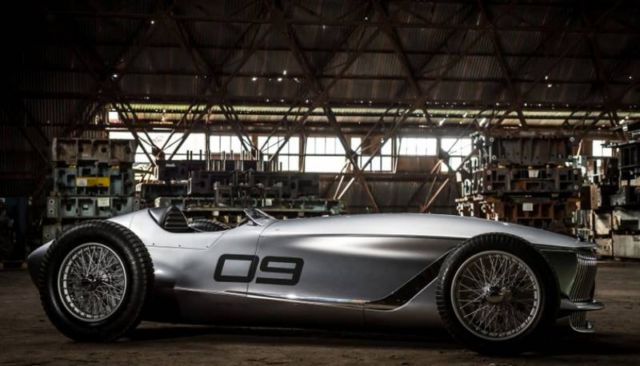 The car, called Prototype 9, is a celebration of Nissan Motor and Infiniti’s ingenuity, artistry and craftsmanship. It represents a reimagining of a 1940s race car with time-honored production techniques employed to realize its retro design. 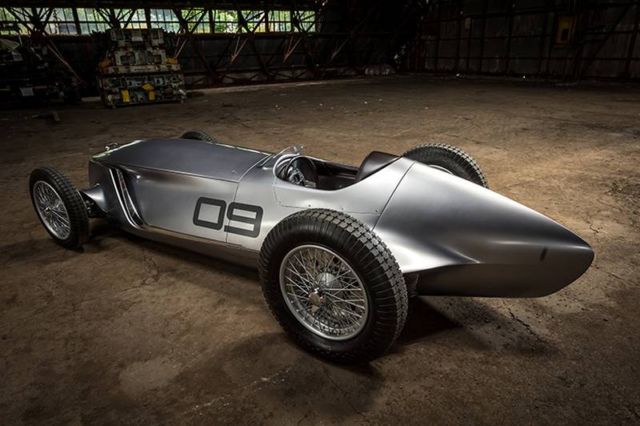 “Prototype 9 celebrates the tradition of ingenuity, craftsmanship and passion of our forebears at Nissan Motor Corporation, on whose shoulders we stand today. It started as a discussion: What if Infiniti had created a race car in the 1940s? If one were to imagine an open-wheeled Infiniti racer on the famous circuits of the era, such as Japan’s Tamagawa Speedway, what would that look like? The sketches were stunning and the idea so compelling that we had to produce a prototype. As other departments became aware of this, they volunteered their time to create a working vehicle.” 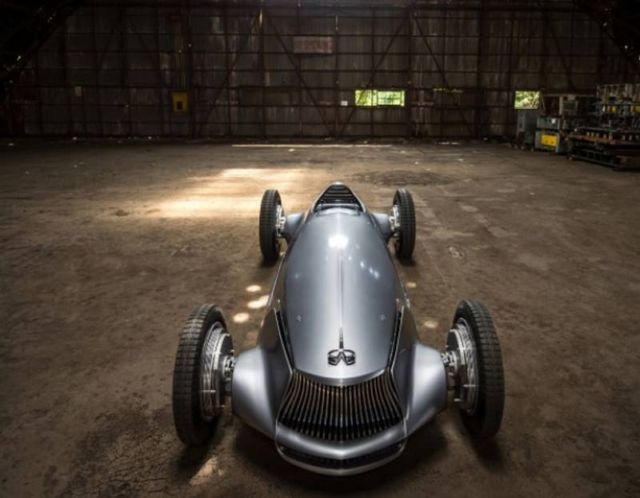 The car is powered by a prototype electric motor and battery from Nissan Motor Corporation’s Advanced Powertrain Department. This nod to the future contrasts with the traditional materials and techniques applied for the Prototype 9’s manufacture, including panels hand-beaten by a team of Takumi – Nissan Motor’s master artisans. 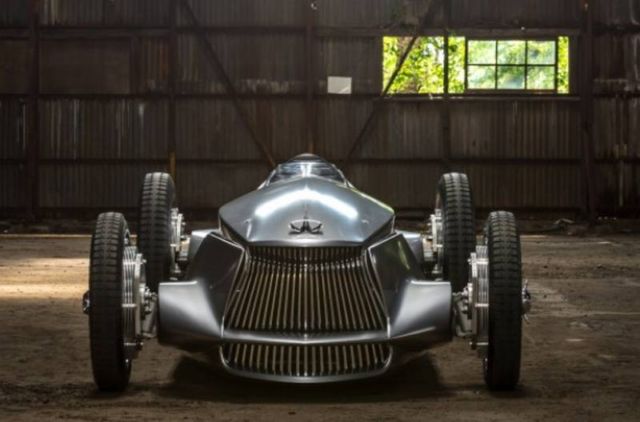