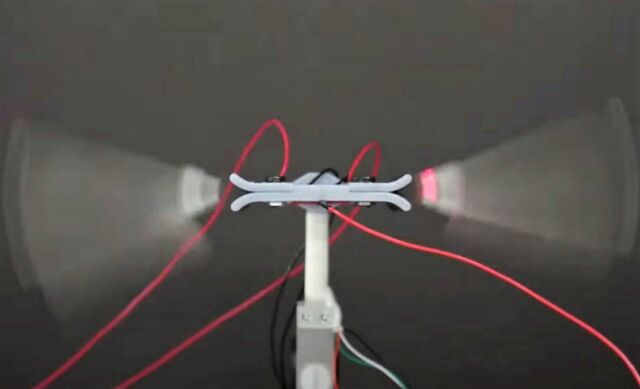 A new drive system for flapping wing autonomous robots has been developed by a University of Bristol team, using a new method of electromechanical zipping that does away with the need for conventional motors and gears.

Until now, typical micro flying robots have used motors, gears and other complex transmission systems to achieve the up-and-down motion of the wings. This has added complexity, weight and undesired dynamic effects.

In contrast to the flapping drives of traditional micro flying robots, that use motors, gears, and complex transmission systems to generate the up-and-down motion of the wings, the LAZA applies electrostatic forces directly at the wing root.

This greatly simplifies the flapping mechanism, reducing cost, improving performance, and enabling future miniaturization of flapping robots down to the size of insects.

This new advance, published in the journal Science Robotics.