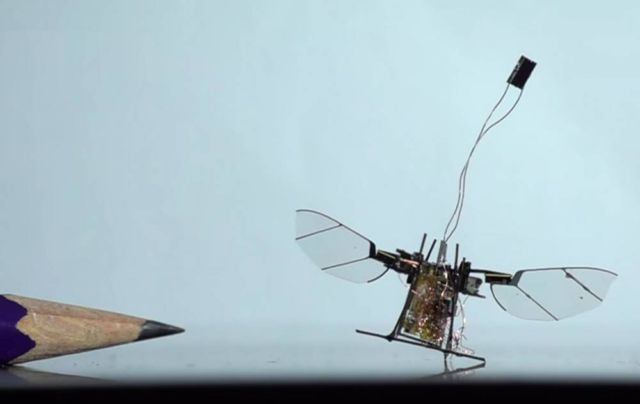 RoboFly wireless insect micro-robot, is flying for the first time.

To power RoboFly, engineers at the University of Washington, pointed an invisible laser beam (shown here in red laser) at a photovoltaic cell, which is attached above the robot and converts the laser light into electricity.

Insect-sized flying robots could help with time-consuming tasks like surveying crop growth on large farms or sniffing out gas leaks. These robots soar by fluttering tiny wings because they are too small to use propellers, like those seen on their larger drone cousins. Small size is advantageous: These robots are cheap to make and can easily slip into tight places that are inaccessible to big drones.

But current flying robo-insects are still tethered to the ground. The electronics they need to power and control their wings are too heavy for these miniature robots to carry. 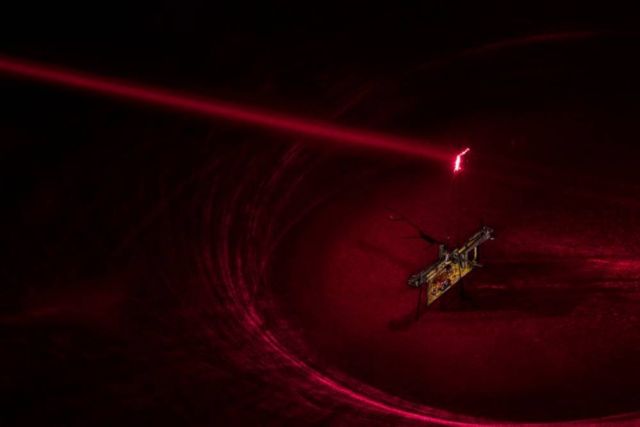 “Before now, the concept of wireless insect-sized flying robots was science fiction. Would we ever be able to make them work without needing a wire? Our new wireless RoboFly shows they’re much closer to real life.”