Is there Life in the Multiverse?

Home/Posts/SCIENCES/Astronomy/Is there Life in the Multiverse?
Previous Next

Is there Life in the Multiverse? 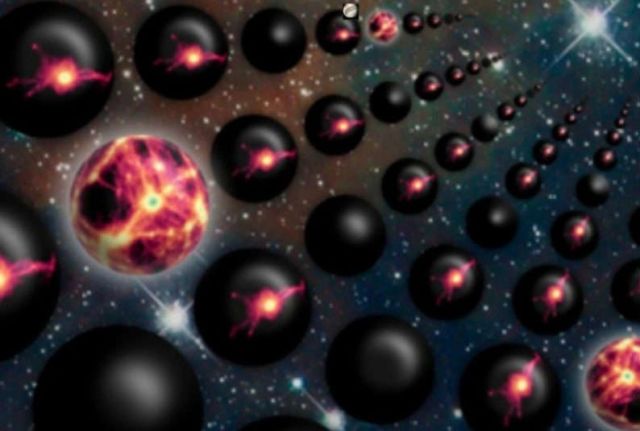 A Multiverse – where our Universe is only one of many – if it exists, might not be as inhospitable to life as previously thought.

Questions about whether other universes might exist as part of a larger Multiverse, and if they could harbour life, are burning issues in modern cosmology.

Above, could our Universe be part of a wider Multiverse?   Credit Jaime Salcido/EAGLE Collaboration

According to new research led by Durham University, UK, and Australia’s University of Sydney, Western Sydney University and the University of Western Australia, has shown that life could potentially be common throughout the Multiverse, if it exists.

The key to this, the researchers say, is dark energy, a mysterious “force” that is accelerating the expansion of the Universe.

“The formation of stars in a universe is a battle between the attraction of gravity, and the repulsion of dark energy.

We have found in our simulations that universes with much more dark energy than ours can happily form stars. So why such a paltry amount of dark energy in our Universe?

I think we should be looking for a new law of physics to explain this strange property of our Universe, and the Multiverse theory does little to rescue physicists’ discomfort.”

The research was conducted with Liverpool John Moores University, UK, and Leiden University, The Netherlands.