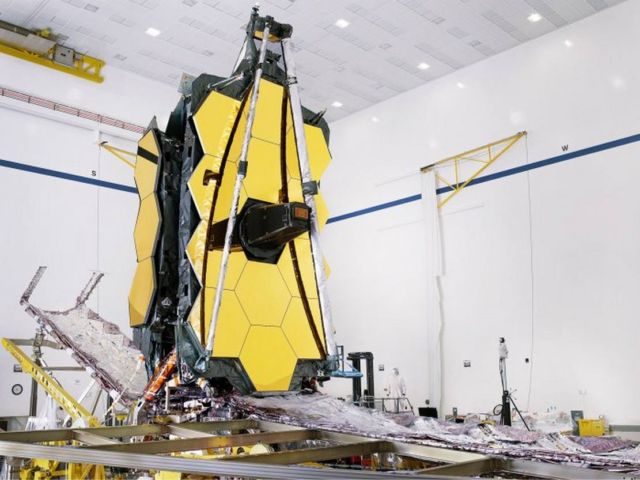 NASA’s James Webb Space Telescope has been assembled for the first time, at Northrop Grumman’s facilities in Redondo Beach, California.

Once it reaches space, NASA’s most powerful and complex space telescope will explore the cosmos using infrared light, from planets and moons within our solar system to the most ancient and distant galaxies. 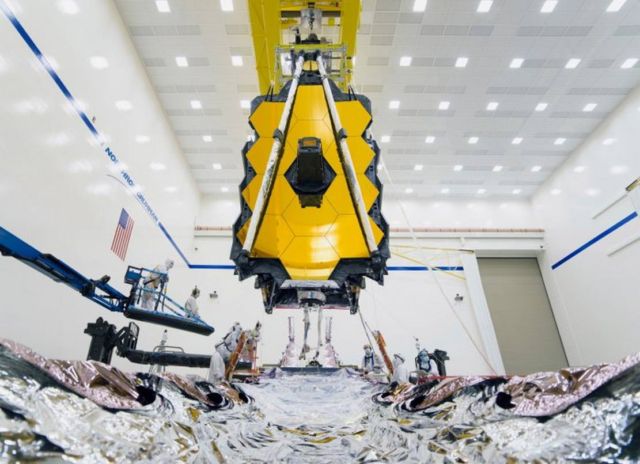 The fully assembled James Webb Space Telescope with its sunshield and unitized pallet structures (UPSs) that fold up around the telescope for launch, are seen partially deployed to an open configuration to enable telescope installation.  Credits: NASA/Chris Gunn

To combine both halves of Webb, engineers carefully lifted the Webb telescope (which includes the mirrors and science instruments) above the already-combined sunshield and spacecraft using a crane. Team members slowly guided the telescope into place, ensuring that all primary points of contact were perfectly aligned and seated properly. The observatory has been mechanically connected; next steps will be to electrically connect the halves, and then test the electrical connections.

“The assembly of the telescope and its scientific instruments, sunshield and the spacecraft into one observatory represents an incredible achievement by the entire Webb team,” said Bill Ochs, Webb project manager for NASA Goddard Space Flight Center in Greenbelt, Maryland. “This milestone symbolizes the efforts of thousands of dedicated individuals for over more than 20 years across NASA, the European Space Agency, the Canadian Space Agency, Northrop Grumman, and the rest of our industrial and academic partners.” 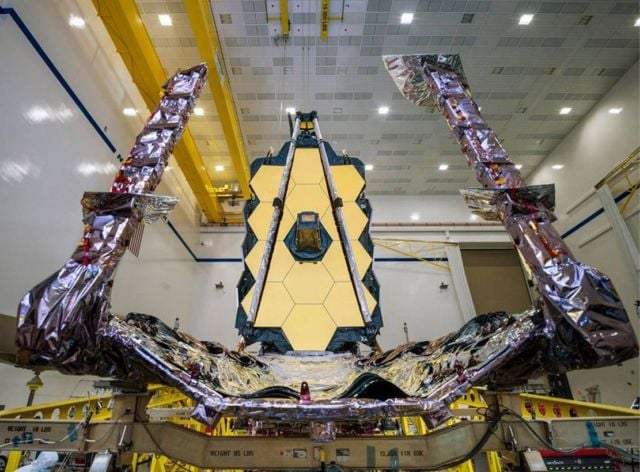 “This is an exciting time to now see all Webb’s parts finally joined together into a single observatory for the very first time,” said Gregory Robinson, the Webb program director at NASA Headquarters in Washington, D.C. “The engineering team has accomplished a huge step forward and soon we will be able to see incredible new views of our amazing universe.” 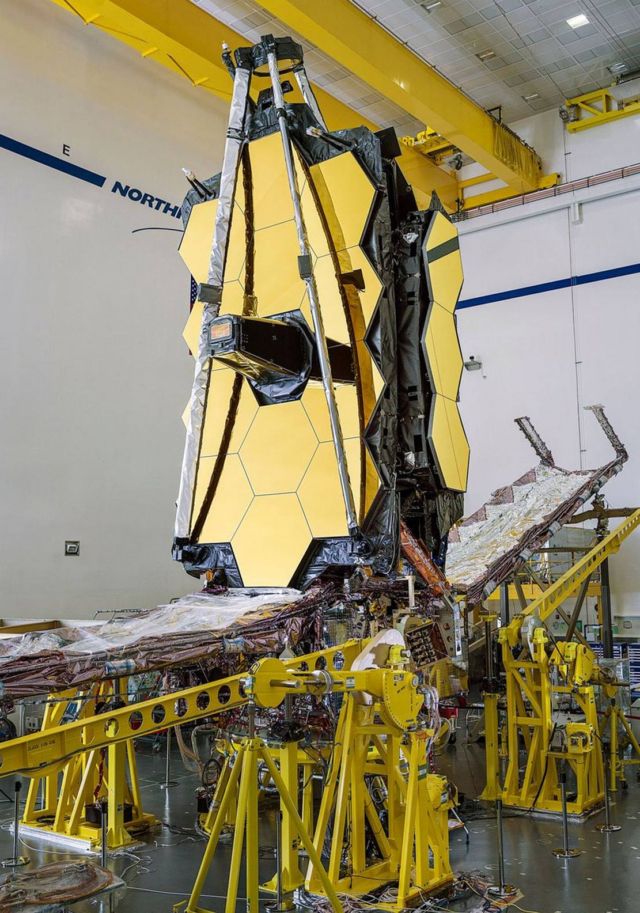