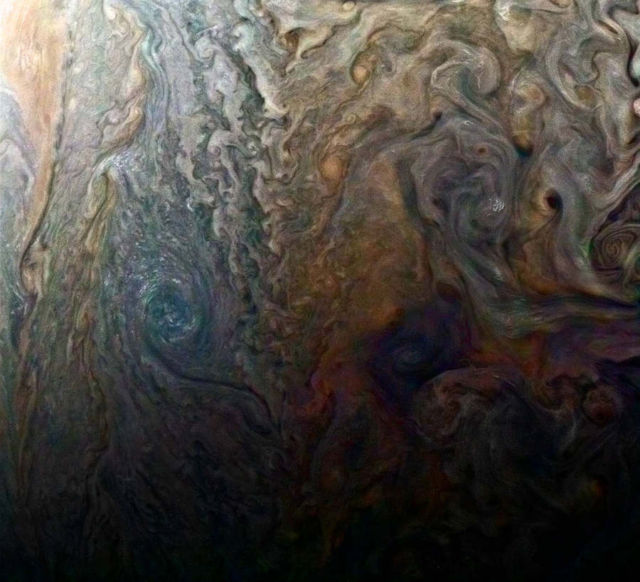 A mysterious dark spot on Jupiter, in this enhanced-color image, seems to reveal a Jovian “galaxy” of swirling storms.

This publicly selected target was simply titled “Dark Spot.” In ground-based images it was difficult to tell that it is a dark storm.

Citizen scientist Roman Tkachenko enhanced the color to bring out the rich detail in the storm and surrounding clouds.  Just south of the dark storm is a bright, oval-shaped storm with high, bright, white clouds, reminiscent of a swirling galaxy. As a final touch, he rotated the image 90 degrees, turning the picture into a work of art.