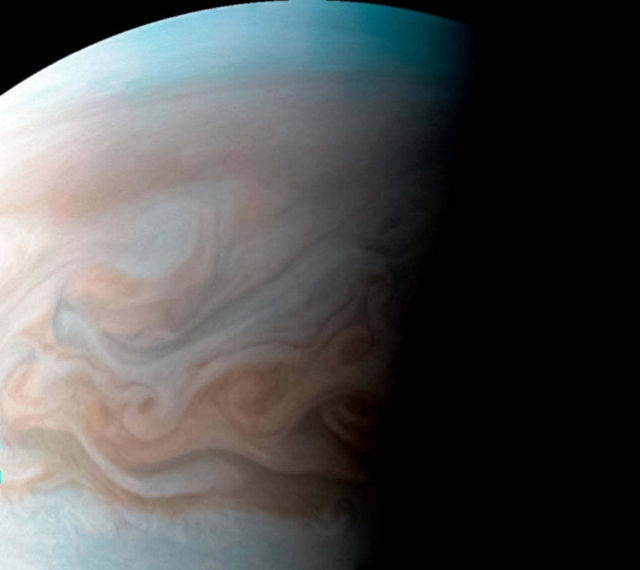 This close-up view of Jupiter captures the turbulent region just west of the Great Red Spot in the South Equatorial Belt.

NASA’s Juno spacecraft captured this image with resolution better than any previous pictures from Earth or other spacecraft. Taken by its JunoCam citizen science instrument, when the spacecraft was a mere 5,400 miles (8,700 kilometers) above Jupiter’s cloudtops on Dec. 11, 2016 at 9:14 a.m. PT (12:14 p.m. ET). Citizen scientist Sergey Dushkin produced the sublime color processing and cropped the image to draw viewers’ eyes to the dynamic clouds. 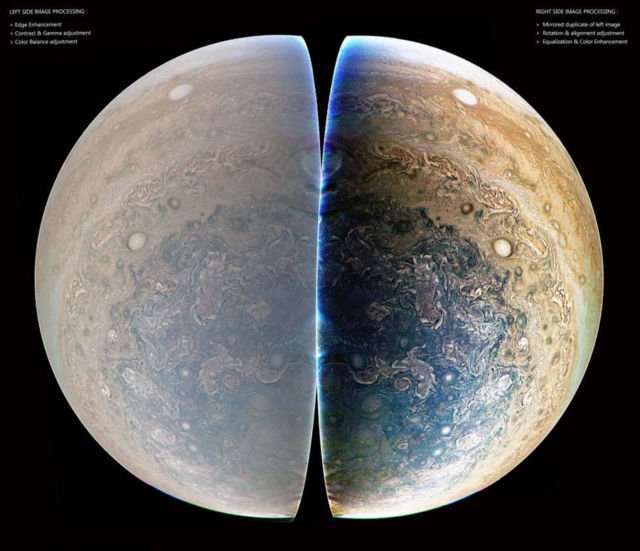 For the left image, the intention was to process it lightly and in such a way as to enhance it w/out changing the color and brightness of the original raw image.

The Right side image is a mirrored copy of the left side image. Equalization was used along w/Color Enhancement and Gamma adjustment to really bring out the textures in the magnificent Jovian cloud tops.