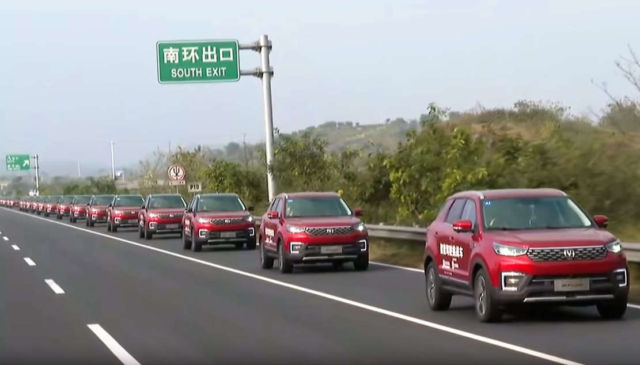 A parade of 55 autonomous cars in the largest parade, a test track to set a new Guinness World Records title.

A total of 55 self-driving cars built by Changan Autmobile set a new record for the Largest parade of autonomous cars at Dianjiang test site, Chongqing, China on 28 November 2018.