Lightning near Irma’s Eye from space

Lightning near Irma’s Eye from space 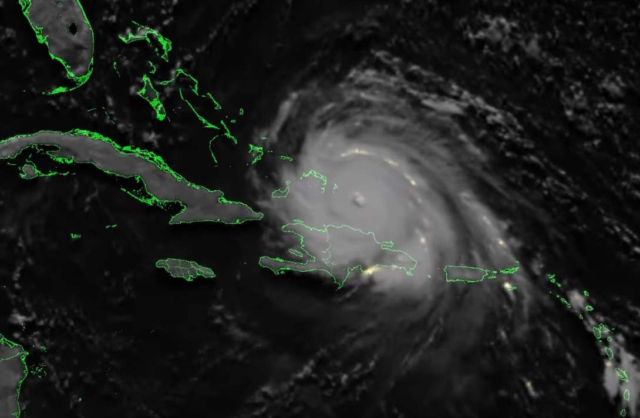 This animation from GOES-16’s Geostationary Lightning Mapper (or GLM) shows the lightning from storms associated with Hurricane Irma.

Of interest in this loop, in a period of more than 80 hours beginning at noon on September 4, 2017, September 9, is the lightning within Hurricane Irma itself, particularly around the eye of the storm.

Hurricanes don’t often exhibit a great deal of lightning, because their winds are mostly horizontal, not vertical. So, the vertical churning within storms that generates lightning doesn’t normally happen.