Lightweight Material is stronger than steel

Lightweight Material is stronger than steel 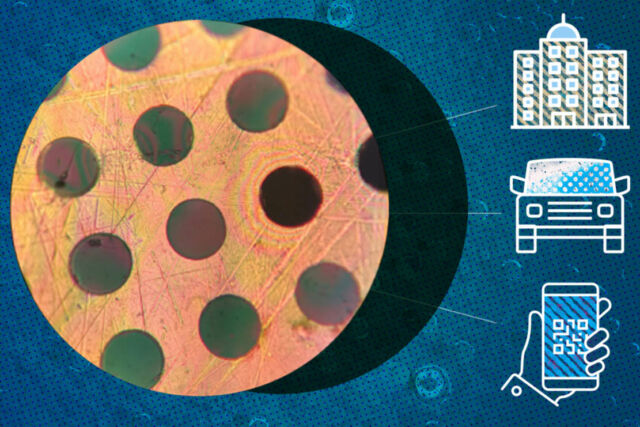 Scientists created a new lightweight material that is stronger than steel and as light as plastic.

Using a novel polymerization process, MIT chemical engineers have created a new material that is stronger than steel and as light as plastic, and can be easily manufactured in large quantities.

The new substance is the result of a feat thought to be impossible: polymerizing a material in two dimensions.

The new material is a two-dimensional polymer that self-assembles into sheets, unlike all other polymers, which form one-dimensional, spaghetti-like chains. Until now, scientists had believed it was impossible to induce polymers to form 2D sheets.

Such a material could be used as a lightweight, durable coating for car parts or cell phones, or as a building material for bridges or other structures, says Michael Strano, the Carbon P. Dubbs Professor of Chemical Engineering at MIT and the senior author of the new study.

“We don’t usually think of plastics as being something that you could use to support a building, but with this material, you can enable new things,” he says. “It has very unusual properties and we’re very excited about that.”

The researchers found that the new material’s elastic modulus — a measure of how much force it takes to deform a material — is between four and six times greater than that of bulletproof glass. They also found that its yield strength, or how much force it takes to break the material, is twice that of steel, even though the material has only about one-sixth the density of steel.

Matthew Tirrell, dean of the Pritzker School of Molecular Engineering at the University of Chicago, says that the new technique “embodies some very creative chemistry to make these bonded 2D polymers.”

“An important aspect of these new polymers is that they are readily processable in solution, which will facilitate numerous new applications where high strength to weight ratio is important, such as new composite or diffusion barrier materials,” says Tirrell, who was not involved in the study.