Home/Posts/TECHNOLOGY/Space/Lonely Sunset on Mars
Previous Next 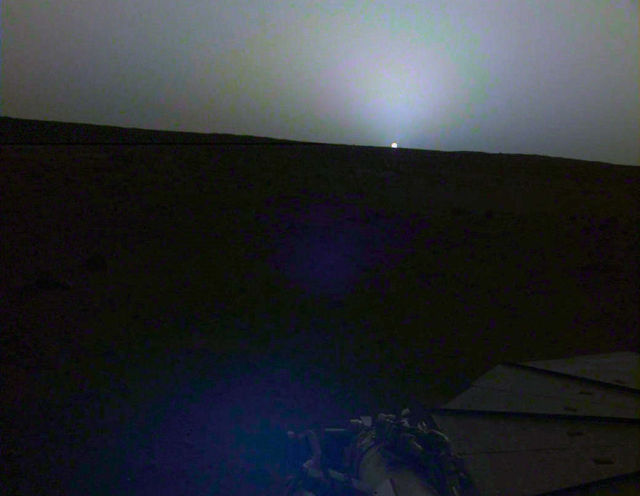 NASA’s InSight lander used the Instrument Deployment Camera (IDC) on the end of its robotic arm to image this sunset on Mars on April 25, 2019, the 145th Martian day, or sol, of the mission.

The first mission to send back such images was the Viking 1 lander, which captured a sunset on Aug. 21, 1976; Viking 2 captured a sunrise on June 14, 1978. Since then, both sunrises and sunsets have been recorded by the Spirit, Opportunity and Curiosity rovers, among other missions.