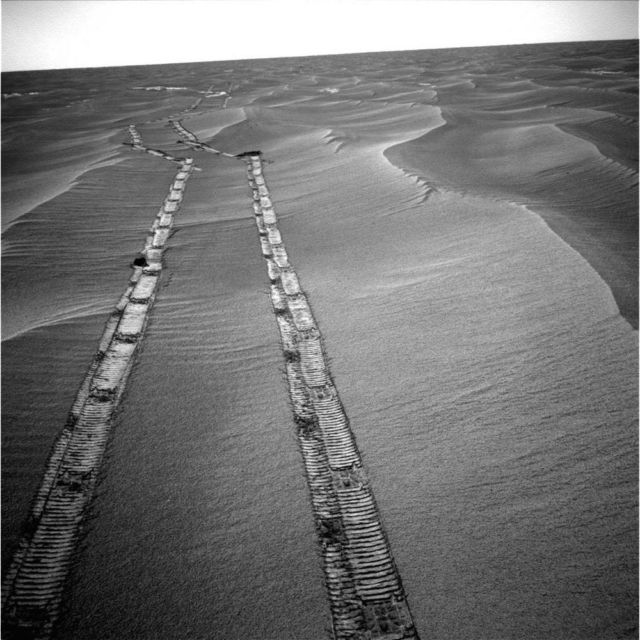 Mars Opportunity Rover is officially dead. Take a look back at Opportunity‘s 15 years record-setting mission, on the Red planet.

In this image from 2010, Opportunity used its navigation camera for this northward view of tracks the rover left on a drive from one energy-favorable position on a sand ripple to another. The rover team called this strategy “hopping from lily pad to lily pad.”  Credit NASA

In the above video: Drive along with the NASA’s Opportunity Mars rover and hear the voices of scientists and engineers behind the mission. Designed to run for 90 days, the exploration spanned more than 15 years from 2004 to 2019. Along the way, it discovered definitive proof of liquid water on ancient Mars and set the off-world driving record.

For more information on the Mars Exploration Rovers and all of NASA’s Mars missions, visit mars.nasa.gov.  Credit NASA/JPL-Caltech 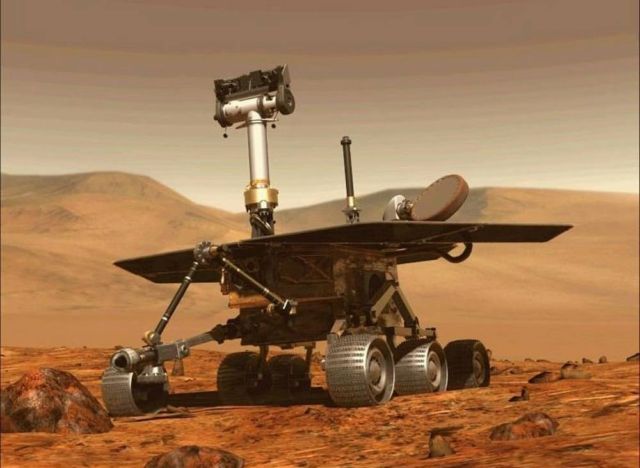 Opportunity Rover:  NASA made one final attempt to contact the spacecraft, 8 months after they lost contact. A giant dust storm blocked sunlight to recharge the solar-powered batteries, from Mars in 2018.  Credit NASA

To the robot who turned 90 days into 15 years of exploration:

You were, and are, the Opportunity of a lifetime.