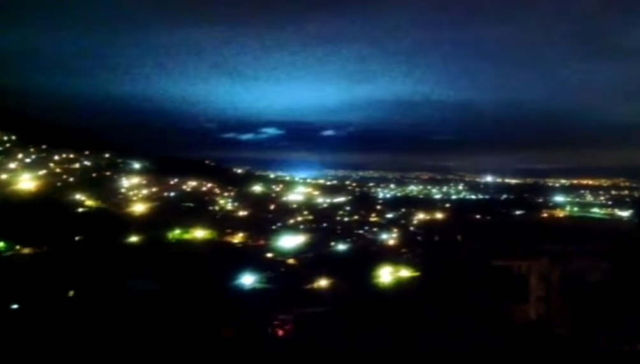 The massive 8.2 earthquake that rocked Mexico earlier this week, also produced the fascinating side effect of mysterious lights in the sky.

The earthquake in Mexico, the second natural disaster to happen this week after Hurricane Irma, brought with it mysterious green and blue flashes.

The magnitude of 8.2 degrees on the Richter scale, shook Mexico City minutes before midnight on this September 7, 2017.

“In certain types of rocks this accumulation of stress can break up pairs of negatively charged oxygen atoms in the ground, allowing them to flow up to the surface as an electrical current through cracks in the rock. If enough atoms are present they can ionize pockets of air and form a plasma, or charged gas, that emits light.”