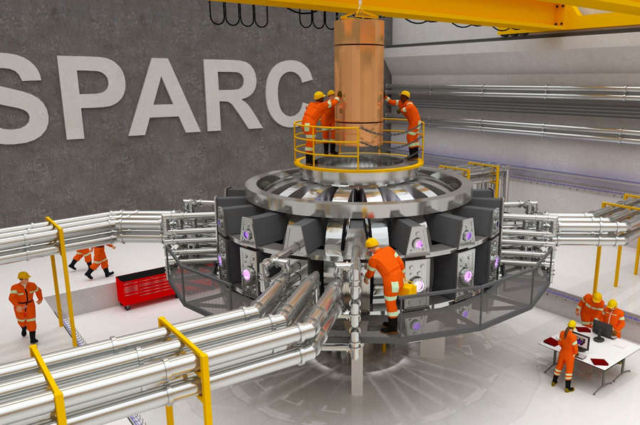 MIT and newly formed company, just received $50 million worth of funding to do so, to build a working nuclear fusion pilot plant, by 2033.

Development of this carbon-free, combustion-free source of energy is now on a faster track toward realization, thanks to a collaboration between MIT and a new private company, Commonwealth Fusion Systems.

CFS is announcing today that it has attracted an investment of $50 million in support of this effort from the Italian energy company Eni. In addition, CFS continues to seek the support of additional investors. CFS will fund fusion research at MIT as part of this collaboration, with an ultimate goal of rapidly commercializing fusion energy and establishing a new industry.

“This is an important historical moment: Advances in superconducting magnets have put fusion energy potentially within reach, offering the prospect of a safe, carbon-free energy future. As humanity confronts the rising risks of climate disruption, I am thrilled that MIT is joining with industrial allies, both longstanding and new, to run full-speed toward this transformative vision for our shared future on Earth.”

“Everyone agrees on the eventual impact and the commercial potential of fusion power, but then the question is: How do you get there? We get there by leveraging the science that’s already developed, collaborating with the right partners, and tackling the problems step by step.”