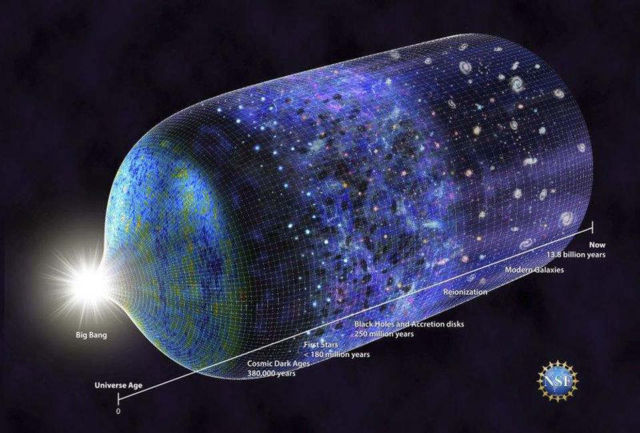 Researchers said they’ve found more evidence of a New Force of nature, that will help us reveal the mystery of dark matter.

Following their major 2016 observation, Hungarian researchers have come now with new paper suggesting a fifth force of nature and a new kind of subatomic particle.

Above, our entire cosmic history is theoretically well-understood, but only qualitatively. It’s by revealing various stages in our Universe’s past that must have occurred. The temporal origin of dark matter and dark energy have constraints, but an exact time-of-origin is unknown.  Credit Nicole Rager Fuller / National Science Foundation

The team has seen an example of the mysterious force and the particle they believe is carrying it, which they’re calling X17.

This could help them finally unravel the mystery of dark matter, a form of matter thought to account for approximately 85% of the matter in the Universe.

In physics, there are four observed fundamental forces or interactions that form the basis of all known interactions in nature: gravitational, electromagnetic, strong nuclear, and weak nuclear forces.

Some speculative theories have proposed a fifth force to explain various anomalous observations that do not fit existing theories. The characteristics of this fifth force depend on the theory being advanced. Many postulate a force roughly the strength of gravity (i.e. it is much weaker than electromagnetism or the nuclear forces) with a range of anywhere from less than a millimeter to cosmological scales. Another proposal is a new weak force mediated by W′ and Z′ bosons.