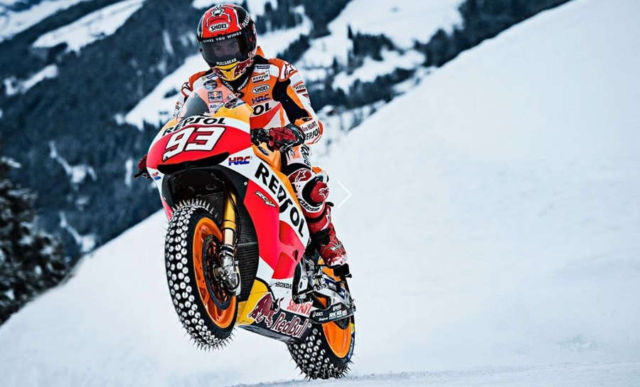 World Champion MotoGP rider Marc Márquez is used to testing himself and his Repsol Honda RC213V machine to the limit.

The Hahnenkamm race is the toughest contest in skiing’s World Cup.

With the help of Austrian ice speedway legend Franky Zorn – who fitted his RC213V with special tyre spikes – the triple MotoGP title holder became the first man to go up Austria’s Kitzbühel Alps on a MotoGP machine.