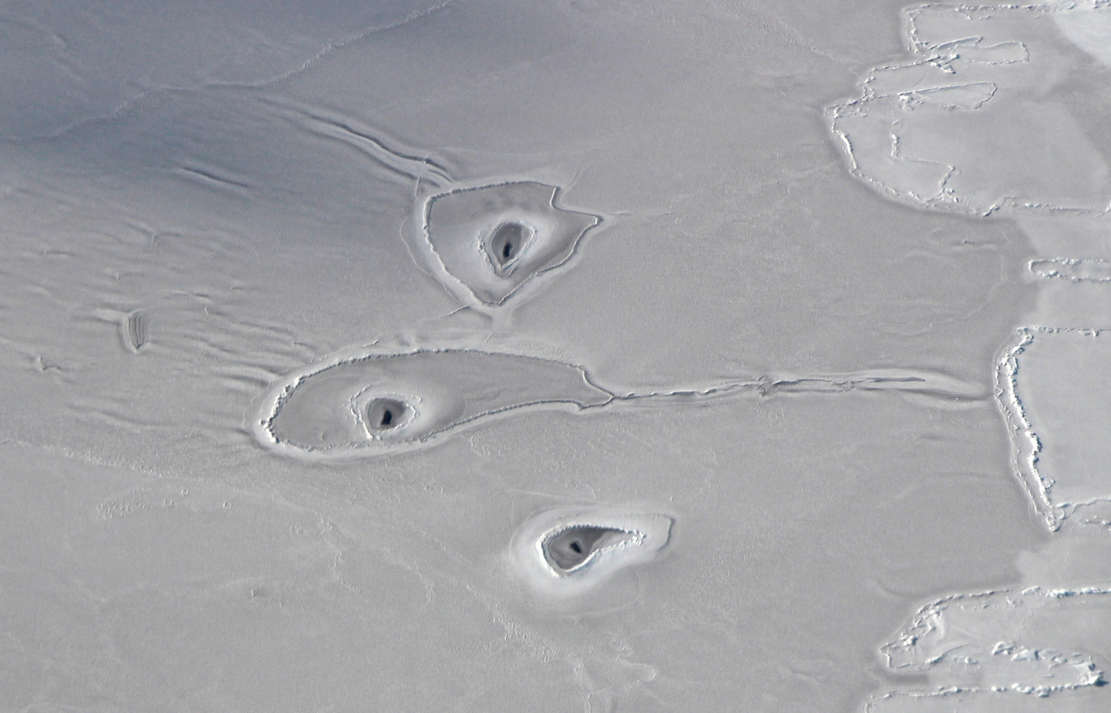 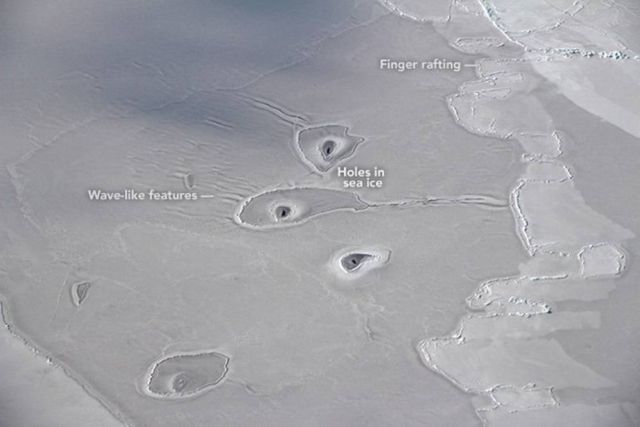 Even NASA doesn’t know what these weird circular formations, observed from a P–3 research plane flying over the Arctic, are.

NASA’s Operation IceBridge—the airborne mission flown annually over both polar regions—is now in its tenth year making flights over the Arctic. That’s a lot of flight hours spent mapping the region’s land ice and sea ice. But on April 14, 2018, IceBridge mission scientist John Sonntag spotted something he had never seen before.

Sonntag snapped this photograph from the window of the P-3 research plane while flying over the eastern Beaufort Sea. At the time, the aircraft’s location was 69.71° North and 138.22° West, about 50 miles northwest of Canada’s Mackenzie River Delta.

Sonntag wrote from the field: “We saw these sorta-circular features only for a few minutes today. I don’t recall seeing this sort of thing elsewhere.”

The features are more of a curiosity than anything else. The main purpose of the flight that day was to make observations of sea ice in an area that lacked coverage by the mission prior to 2013. Still, the image sparked a fair amount of intrigue, so we set out to see what we could learn. That’s not always easy based on a photograph or satellite image alone, so the following ideas are speculation.

Some aspects of the image are easy to explain. The sea ice here is clearly young ice growing within what was once a long, linear area of open water, or lead.

“The ice is likely thin, soft, and mushy and somewhat pliable. This can be seen in the wave-like features in front of the middle ‘amoeba.”