NASA will manufacture a Telescope Mirror in Space

NASA will manufacture a Telescope Mirror in Space 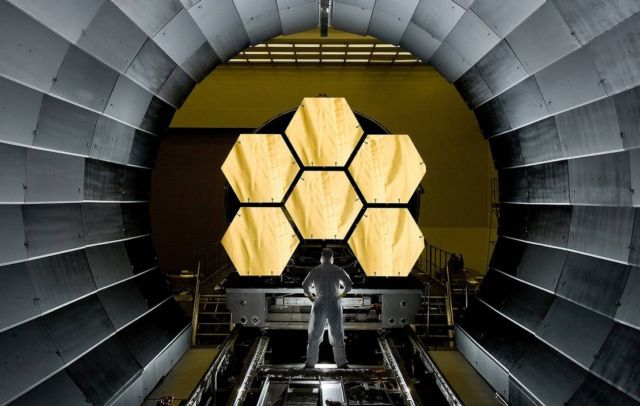 Large telescopes that could be used for detecting and analyzing Earth-like planets in orbit around other stars or for peering back in time to observe the very early universe may not necessarily have to be built and assembled on the ground. In the future, NASA could construct them in space.

Above: Six of the primary mirrors of the James Webb Space Telescope being prepared for acceptance testing. credit NASA

A NASA engineer was selected for a flight opportunity to show that an advanced thin-film manufacturing technique called atomic layer deposition, or ALD, could apply wavelength-specific reflective coatings onto a sample in space — one of the first steps in ultimately realizing the vision of constructing and assembling large telescopes in microgravity.

“We technologists think next-generation telescopes larger than 20 meters in diameter will be built and assembled in orbit,” said Vivek Dwivedi, an engineer at NASA’s Goddard Space Flight Center in Greenbelt, Maryland, and an expert in ALD technology. “Instead of manufacturing the mirrors on the ground, why not print them in space? But you don’t have a telescope mirror unless you coat it with a highly reflective material. Our idea is to show that we could coat an optic in space using this technique, which we’ve used on the ground and understand the processes,” Dwivedi said. 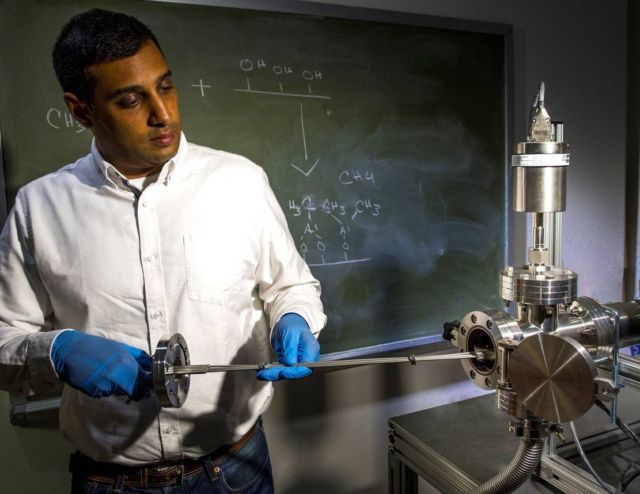 A Goddard engineer won a flight opportunity to show that an advanced thin-film manufacturing technique called atomic layer deposition, or ALD, could apply wavelength-specific reflective coatings on a sample — the first time ALD has been tried in space. Credits: NASA/W. Hrybyk

He and his collaborator, University of Maryland professor Raymond Adomaitis, will now have a chance to demonstrate the concept in space for the first time.