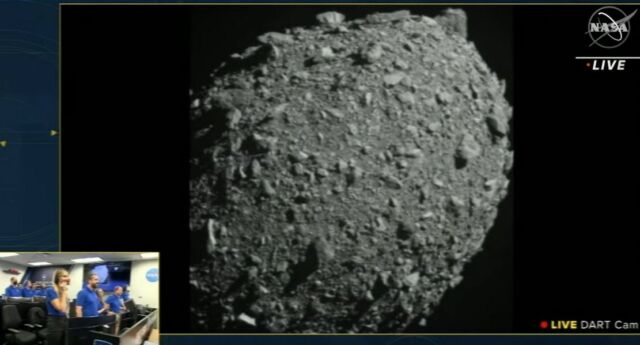 NASA’s broadcast of the historic mission can be seen in the video, with the impact taking place at the 1-hour-15-minute mark.

Moving at 6.1 km per second, the vending-machine-sized Double Asteroid Redirect Test spacecraft struck the asteroid at 01:15 CEST (00:15 BST) in the early hours of Tuesday morning, in humankind’s first test of the ‘kinetic impactor’ method of planetary defense. 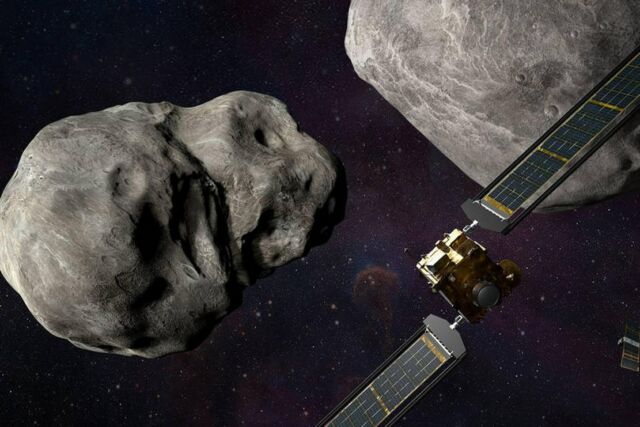 “At its core, DART represents an unprecedented success for planetary defense, but it is also a mission of unity with a real benefit for all humanity,” said NASA Administrator Bill Nelson. “As NASA studies the cosmos and our home planet, we’re also working to protect that home, and this international collaboration turned science fiction into science fact, demonstrating one way to protect Earth.”

The mission’s one-way trip confirmed NASA can successfully navigate a spacecraft to intentionally collide with an asteroid to deflect it, a technique known as kinetic impact.