New Device can kill 99.9% of an Airborne Virus

Home/Posts/TECHNOLOGY/Technology news/New Device can kill 99.9% of an Airborne Virus
Previous Next

New Device can kill 99.9% of an Airborne Virus 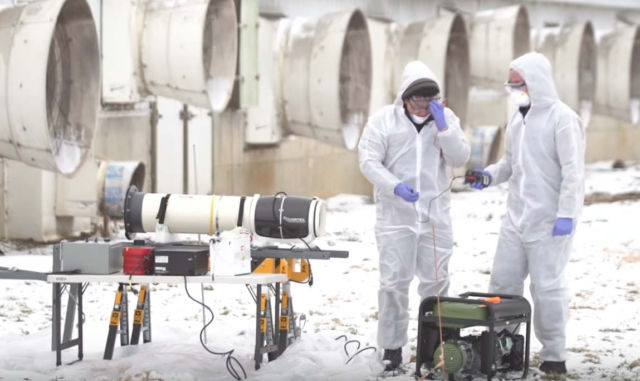 Scientists created a new type of air filter killing virtually all airborne bacteria and viruses, faster and cheaper than any other.

Researchers at the University of Michigan are testing a prototype device designed to filter the air of a pig barn at a pork production farm by using nonthermal plasma to inactivate airborne pathogens to prevent the spread of disease.

The research team has previously demonstrated that a lab-scale device can achieve greater than 99% inactivation of an airborne viral surrogate, MS2 phage, a virus that infects E.coli bacteria. This new field prototype will test the system’s capabilities in a real farm environment.

The team is led by Herek Clack, a research associate professor in civil and environmental engineering: clacklab.engin.umich.edu