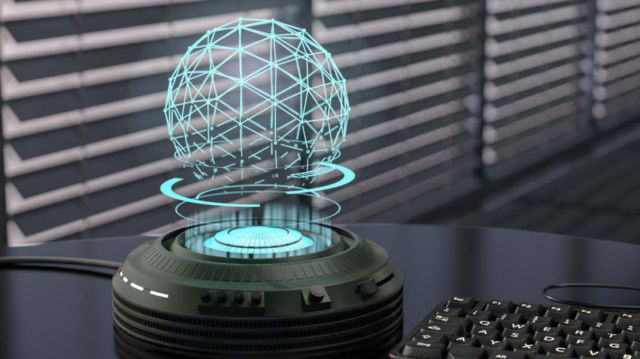 EPFL physicists have developed a method based on the principles of holograms to capture 3D images of objects beyond the reach of light.

Researchers from Fabrizio Carbone’s lab at EPFL have developed a method to see how light behaves on tiniest scale, well beyond wavelength limitations. They used the most unusual photographic media: freely propagating electrons. Used in their ultrafast electron microscope, the method can encode quantum information in a holographic light pattern trapped in a nanostructure, and is based on an exotic aspect of electron and light interaction.

The scientists used the quantum nature of the electron-light interaction to separate the electron-reference and electron-imaging beams in energy instead of space. This makes it now possible to use light pulses to encrypt information on the electron wave function, which can be mapped with ultra-fast transmission electron microscopy.

The new method can provide us with two important benefits: First, information on light itself, making it a powerful tool for imaging electromagnetic fields with attosecond and nanometer precision in time and space. Second, the method can be used in quantum computing applications to manipulate the quantum properties of free electrons.