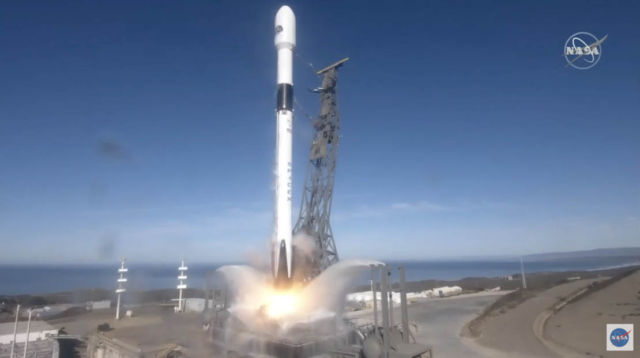 New Copernicus satellite to monitor sea-level rise launched, from the Vandenberg Air Force Base, California, US, on 21 November 2020.

This latest Copernicus satellite will continue the long-term record of reference measurements, extending the record of sea-level height into a fourth decade. Mapping 95% of Earth’s ice-free ocean every 10 days, it will also provide crucial operational data for ocean forecasting.

With millions of people living in coastal communities around the world, rising seas are at the top of the list of major concerns linked to climate change. Monitoring sea-surface height is critical to understanding the changes taking place so that decision-makers have the evidence to implement appropriate policies to help curb climate change and for authorities to take action to protect vulnerable communities.

Over the last three decades, the French–US Topex-Poseidon and Jason mission series served as reference missions, and in combination with ESA’s earlier ERS and Envisat satellites, as well as today’s CryoSat and Copernicus Sentinel-3, they have shown how sea level has risen about 3.2 mm on average every year. More alarmingly, this rate of rise has been accelerating; over the last few years, the average rate of rise has been 4.8 mm a year.