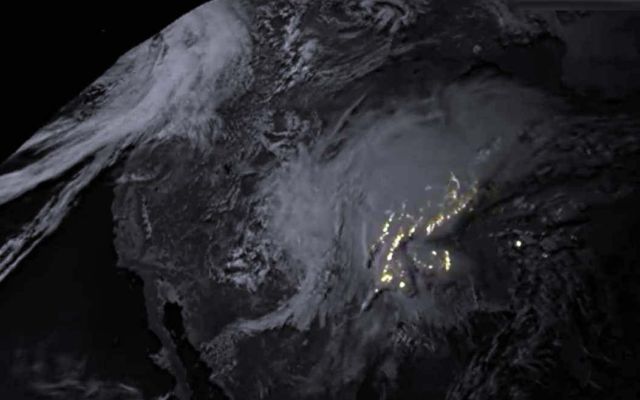 GOES-16’s Geostationary Lightning Mapper (GLM) captured this electrifying imagery of the lightning associated with the recent severe weather over the Mississippi Valley and southern Plains this past weekend.

The animation begins at approximately noon on Friday, April 28, 2017, and ends at midnight on Saturday, April, 29.

According to a variety of media reports, the storms caused the deaths of at least 13 people, produced widespread heavy rain resulting in flash floods, high winds that down trees and left thousands without power, a late-season blizzard in Kansas, and several tornadoes.

GLM observes total lightning, including in-cloud and cloud to ground lightning, and will continually observe lightning flashes day and night across the Western Hemisphere.