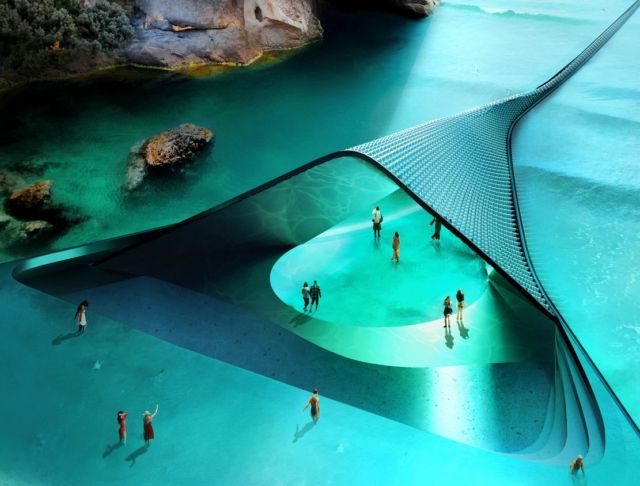 Ocean Gate observatory is an architectural concept intended to create a ‘gate’ opening seacoast to the underwater world of flora and fauna.

Ocean Gate by Antireality design studio, is situated in a coastal area and forms a spatial connector between the beach and the sea.

The aim of the project is to attempt to create a marine observatory whose structure would merge well with the beach area without overwhelming the seaside landscape. The body of the building refers both to the form of a sea wave and to that of living species typical of marine areas. 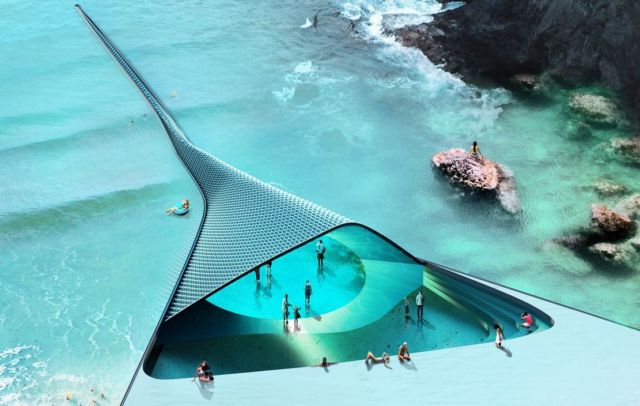 The structure of Ocean Gate evokes an association with a gigantic shell that in a smooth manner opens oceanic waters apart. The building shape is intended to encourage passers-by to venture on a journey to the underwater sea realm.
Ocean Gate comprises a water plaza that integrates the building with the beach, the shell that serves as a connector between the external world and the marine interior, a glass tube created as an observation space whose structure is fully immersed in seawater. 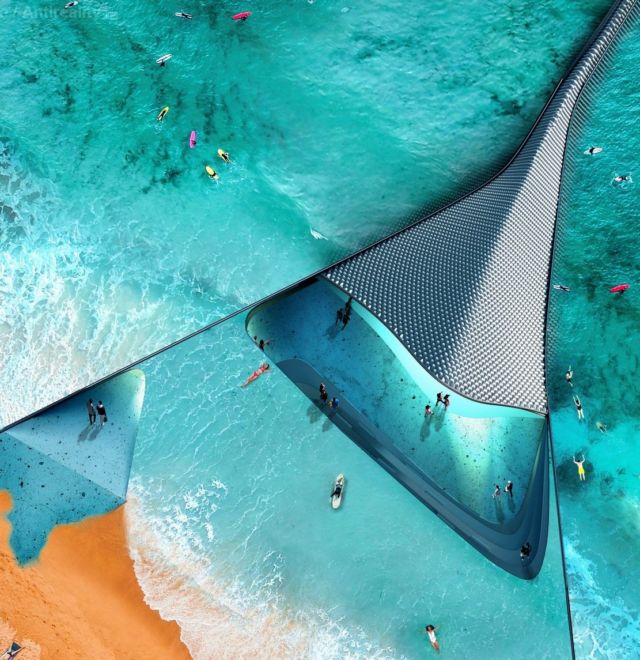 The streamline shape of the building is not the sole attempt to interpret aqueous forms intended to make the structure an integral part of the beach that harmonizes with its space. A significant element that allows bringing forward the marine nature is an external cover, which is the only part of the building that emerged above the water surface. The facade of the shell is covered with aluminum tiles whose metallic form is a reference to fish scales. Elements of the external cover reflect the surroundings, thus helping the object become optically immersed in the sea basin. 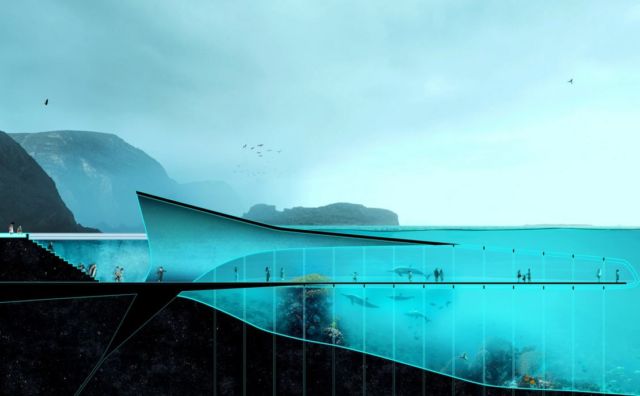 The shape and the visual reception of the building changes radically with the observer’s position. A significant element of the design idea was to create an object that despite its considerable volume would merge well with the surroundings, being clear and intuitive at the same time. Visitors can choose between two options for reaching the building. 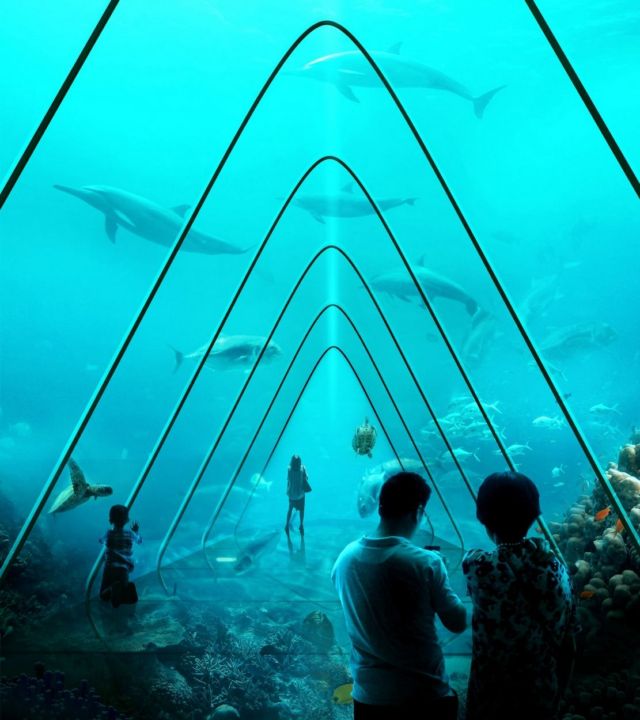 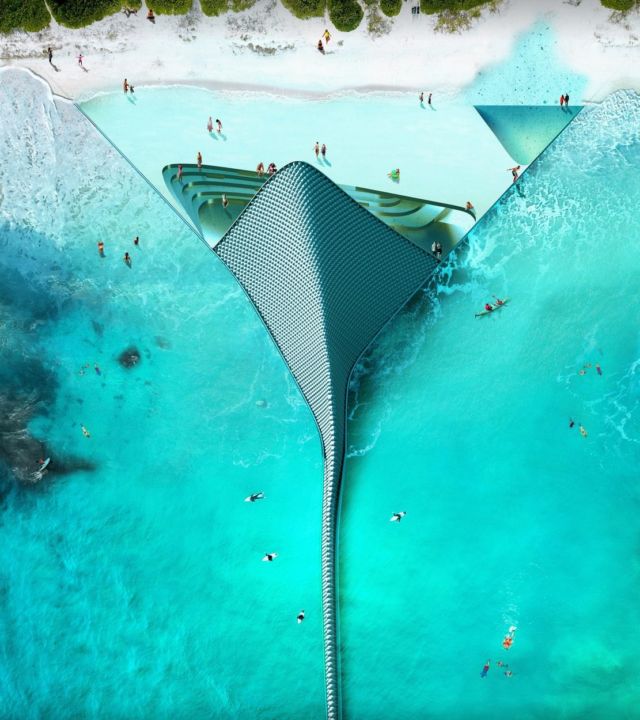 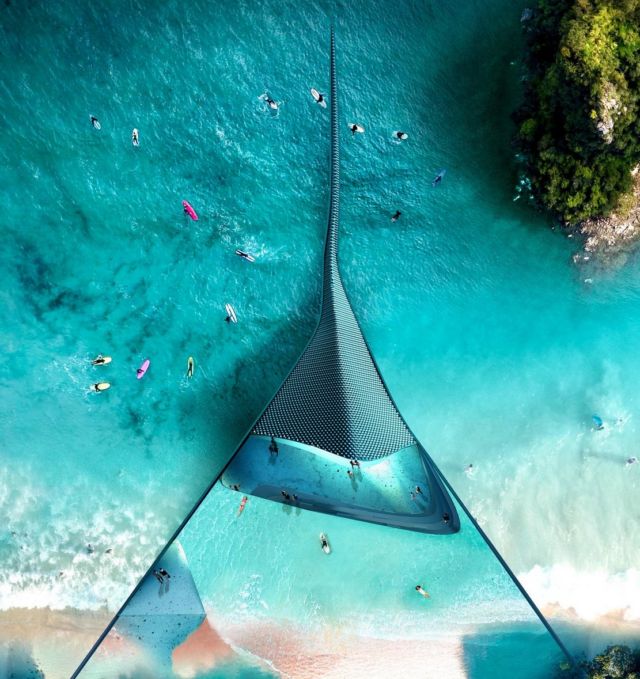 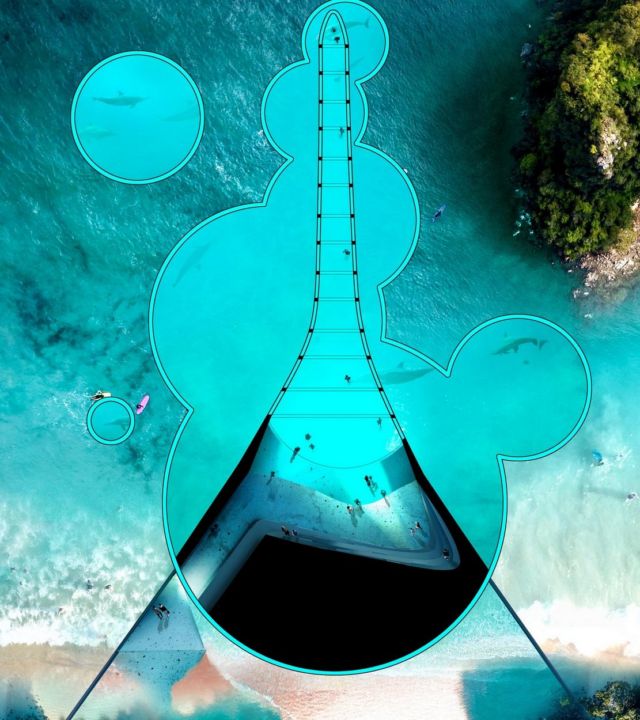 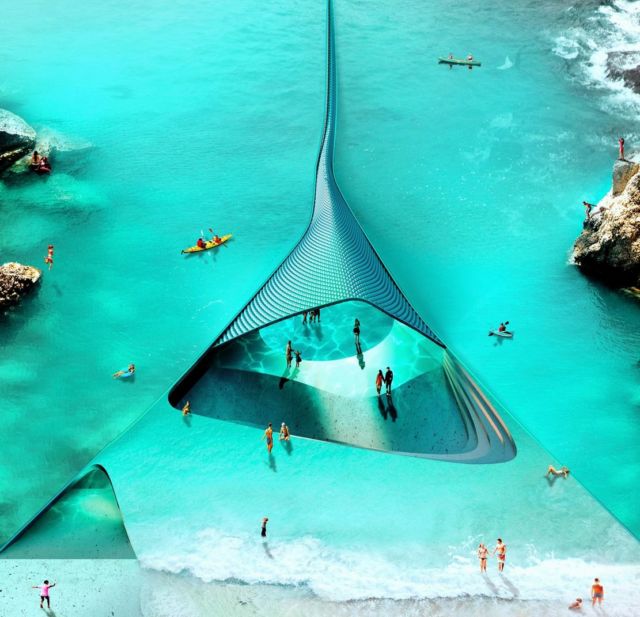 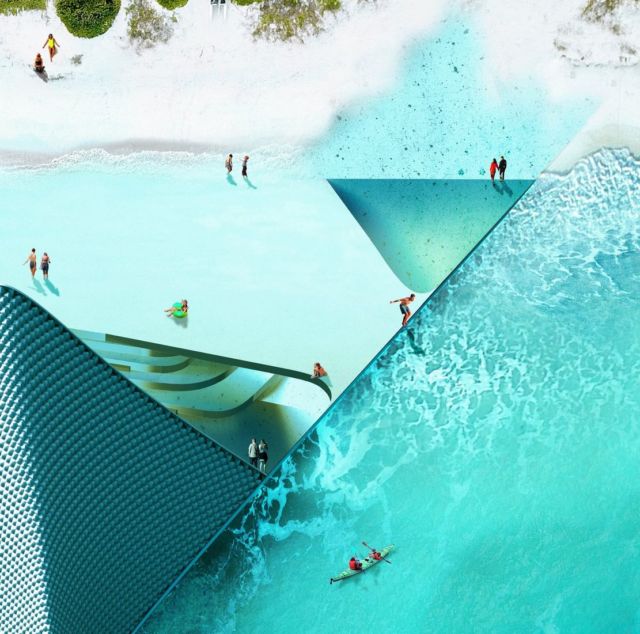