Oldest known message in a bottle was found

Oldest known message in a bottle was found 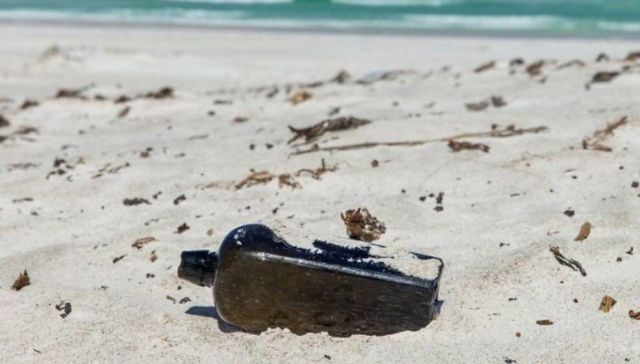 The oldest known message in a bottle, was just found on Australian beach, 132 years after being thrown overboard.

Tonya Illman discovered the old bottle half-buried in the sand, on a beach in Western Australia, 180 kilometers north of the state capital Perth. 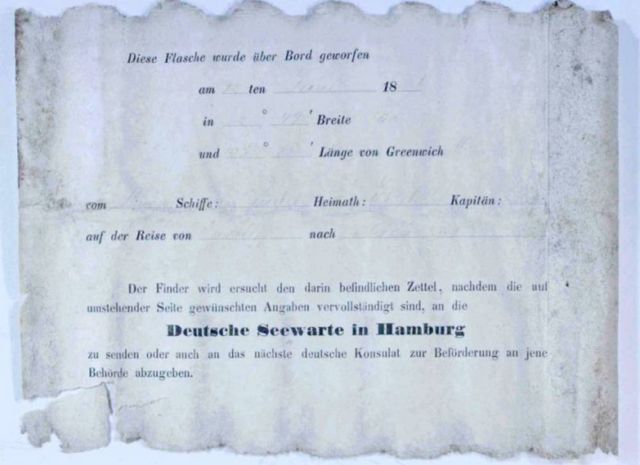 The form reveals the date along with the ship’s name, home port, co-ordinates and travel route. Supplied: Kym Illman

The finder is requested to send the slip in the bottle to the German Naval Observatory in Hamburg, or the nearest consulate, for the return to the same agency after filling in the information on the back.

“It just looked like a lovely old bottle, so I picked it up thinking it might look good in my bookcase.” You can read the Museum’s report