Osmium – The Densest Metal on Earth

Osmium – The Densest Metal on Earth 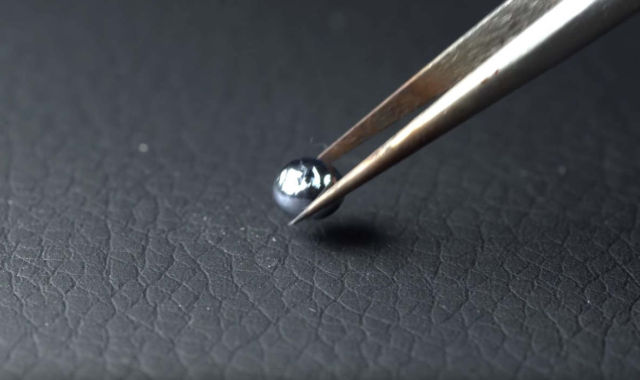 Osmium, it has the highest density of all of the metals.

Do not repeat the experiments shown in this video!

In the periodic table of chemical elements osmium is in the 8th group, under the atomic number 76. In addition to having the highest density of all the metals, another one of osmium’s traits is its color as it has a pronounced bluish tinge. As an example, if we compare it with a drop of iridium, you can easily notice the blue color of the droplet of osmium, which weighs one gram. By the way, iridium takes the seconds place of the highest density metals and it was pretty close as the density of it differs by only one tenth of a percent from that of osmium. You may also notice the small size of the droplet of osmium weighing 1 gram in comparison with my finger.