Our Sun as you’ve Never Seen it

Our Sun as you’ve Never Seen it 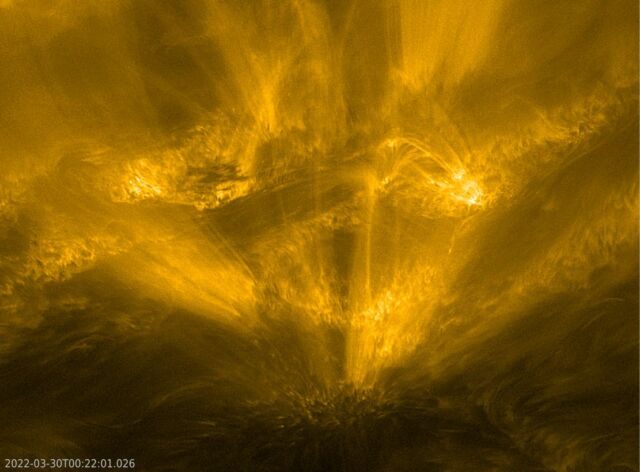 Amazing images of the Sun, seen by the Solar Orbiter at closest approach.

Powerful flares, breathtaking views across the solar poles, and a curious solar ‘hedgehog’ are amongst the haul of spectacular images, movies and data returned by Solar Orbiter from its first close approach to the Sun.

Solar Orbiter’s closest approach to the Sun, known as perihelion, took place on 26 March. The spacecraft was inside the orbit of Mercury, at about one-third the distance from the Sun to the Earth, and its heatshield was reaching around 500°C. But it dissipated that heat with its innovative technology to keep the spacecraft safe and functioning. 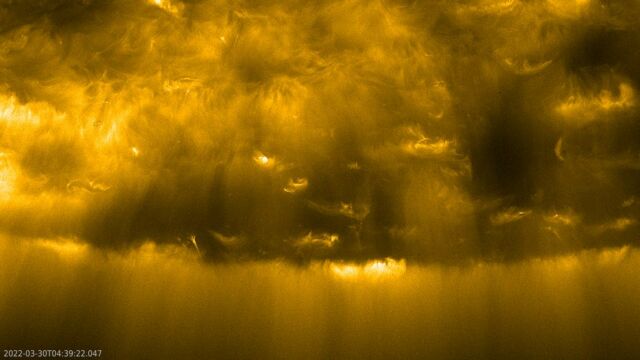 Although the analysis of the new dataset has only just started, it is already clear that the ESA-led mission is providing the most extraordinary insights into the Sun’s magnetic behaviour and the way this shapes space weather.

These images were taken on 17 March 2022 by the Polarimetric and Helioseismic Imager (PHI) and Extreme Ultraviolet Imager (EUI) instruments. They show the same active region on the Sun.

These images were taken by the Extreme Ultraviolet Imager on 27 March 2022, and show the Sun at a wavelength of 17 nanometers. This is the wavelength given off by gas at a temperature of around one million degrees, which corresponds to the temperature of the Sun’s outer atmosphere, the corona. 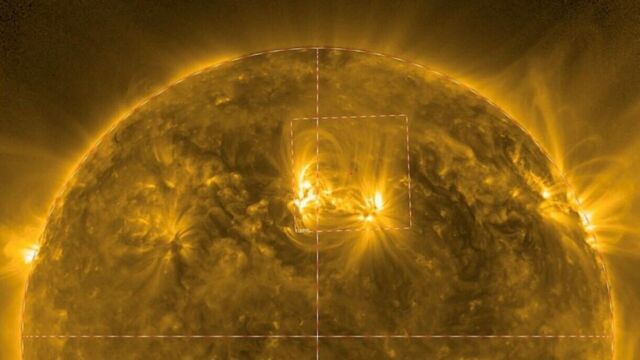 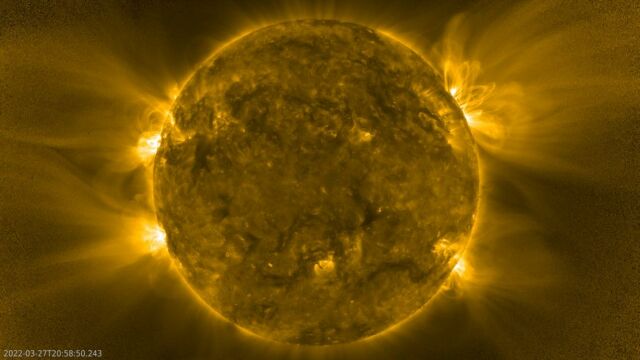