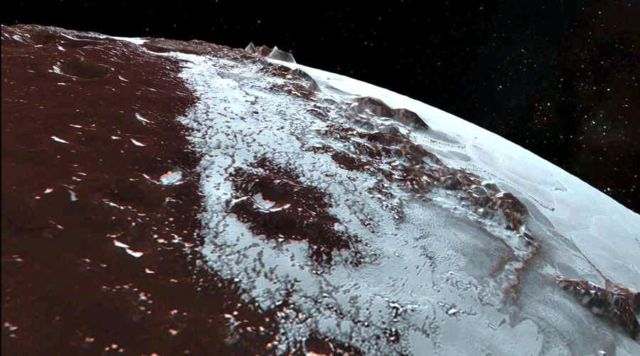 The dramatic Pluto flyover begins over the highlands to the southwest of the great expanse of nitrogen ice plain informally named Sputnik Planitia.

In July 2015, NASA’s New Horizons spacecraft sent home the first close-up pictures of Pluto and its moons. Using actual New Horizons data and digital elevation models of Pluto and its largest moon, Charon, mission scientists created flyover movies that offer spectacular new perspectives of the many unusual features that were discovered and which have reshaped our views of the Pluto system — from a vantage point even closer than a ride on New Horizons itself.