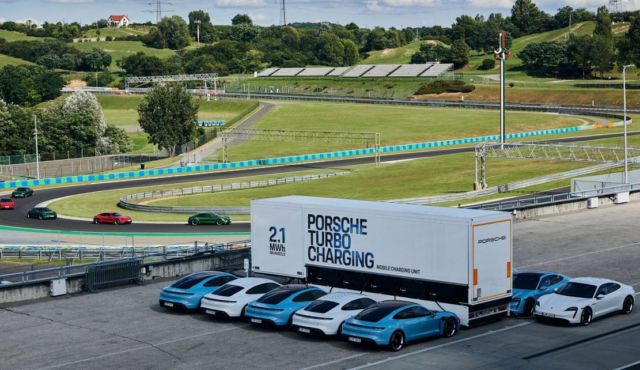 Porsche rolls out a fleet of stand-alone, high-power charging trucks that offer mobile charging on demand.

From Track Experiences to the Ice Experience in Finland, the Taycan is now an integral part of Porsche’s customer driving programmes. However, not everywhere provides the adequate infrastructure for charging the electric sports car en masse. 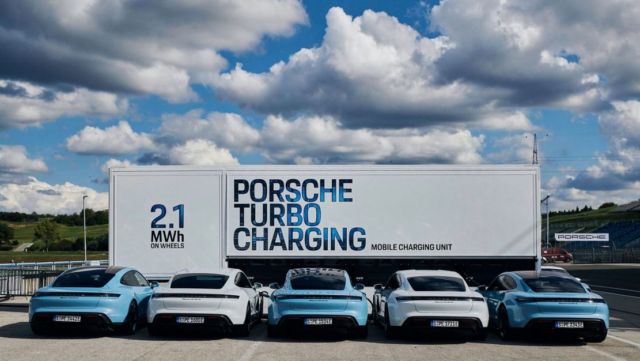 The Hungaroring in Budapest was the venue for a special Porsche Track Experience just a few days ago, where “Soul on Track” offered customers the opportunity to test the Taycan on a circuit. Such driving events present organisers with a particular challenge, however: when a large number of Taycan cars need to be charged quickly and simultaneously, the local infrastructure isn’t always up to the job. Without a satisfactory solution on the market, Porsche wasted no time in creating its own. Along with its partner in the project – the German company “ads-tec” – it has produced seven mobile charging trucks with a proprietary charging system and buffer storage unit.
One energy storage unit for up to 30 Taycan cars. 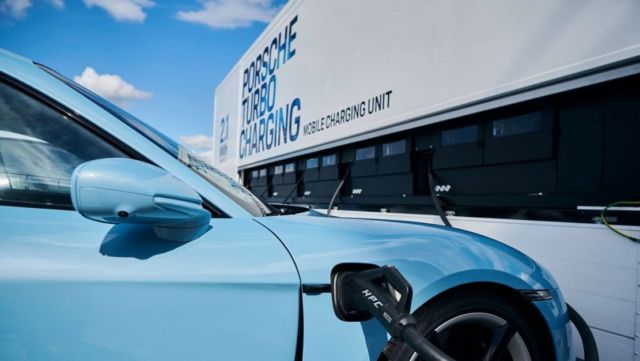 The trailers’ technical specifications speak for themselves. With a power rating of 3.2 megawatts, ten Taycan can be charged simultaneously at maximum speed. The battery buffer storage unit has a capacity of 2.1 megawatt hours. This means that up to 30 Taycan in total can be charged by the energy storage unit.

The latter is generally recharged with renewable power from the power grid. For example, during a three-week customer event in the Portuguese city of Portimao in November 2019, the power came directly from the nearby photovoltaic systems. The trailers can be recharged very quickly – under good conditions, they are fully charged again within four hours.