Powerful Thruster is Prepared for Mission to Asteroid

Powerful Thruster is Prepared for Mission to Asteroid 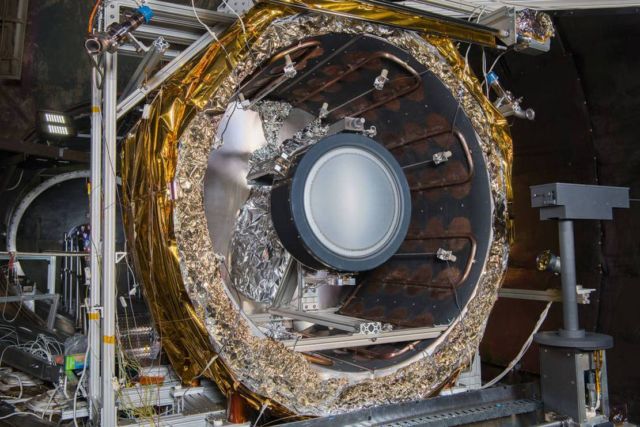 After undergoing a series of performance and environmental tests, NASA’s Evolutionary Xenon Thruster – Commercial (NEXT-C) is being prepared for the Double Asteroid Redirection Test (DART) Mission, which will launch next year.

The NEXT-C flight thruster is mounted within a thermal shroud in one of NASA Glenn’s vacuum chambers. The thermal shroud subjects the thruster to the extreme thermal environments it has been designed to withstand.   Image credit NASA/Bridget Caswell

In the past few months, the thruster, developed at NASA’s Glenn Research Center in Cleveland and designed and built by Aerojet Rocketdyne, was put through vibration, thermal vacuum and performance tests and then integrated with its power processing unit. The environmental testing verified that NEXT-C could withstand the extreme launch vibrations and temperatures of spaceflight.

DART will be the first space mission to demonstrate asteroid deflection by kinetic impact, a technique that could prevent a hazardous asteroid from impacting Earth by changing the motion of the asteroid in space. NEXT-C’s propulsion system will be tested on that mission, along with several other technologies. 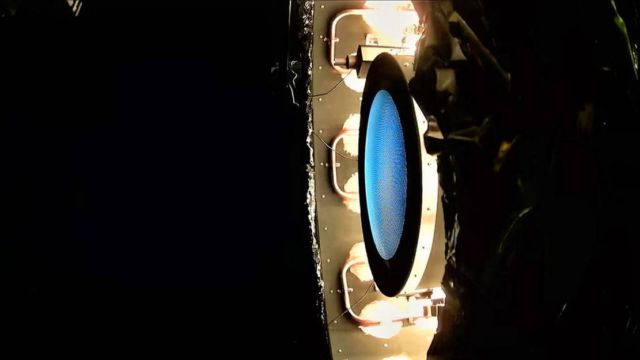 When the propulsion system is successfully demonstrated on DART, NEXT-C will be considered on a variety of 10 to 15 year-long, uncrewed missions that could include going to other asteroids, comets or planets such as Venus. 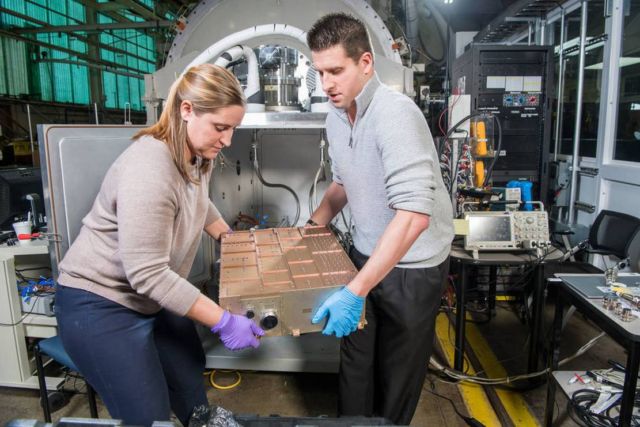 The power processing unit of the thruster is removed from another vacuum chamber after successful testing.  Image credit NASA/Bridget Caswell