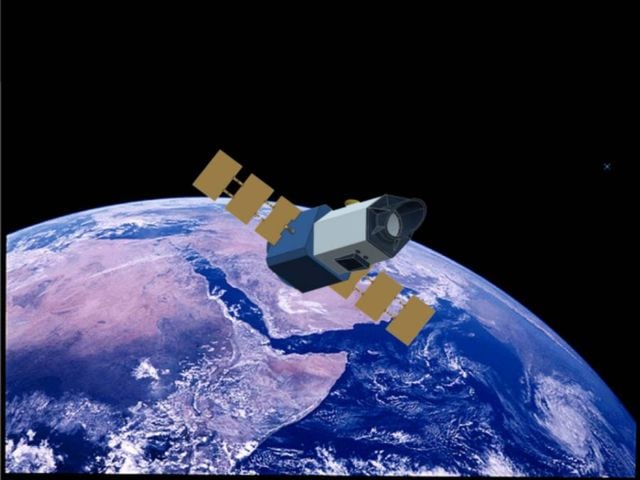 Project Blue aims to build a telescope to find habitable worlds, and photograph a ‘sister Earth.’

Project Blue has launched a $175,000 Indiegogo campaign for the engineering design phase.

Their quest is to find a blue planet like Earth and every dollar they raise supports this mission of discovery. 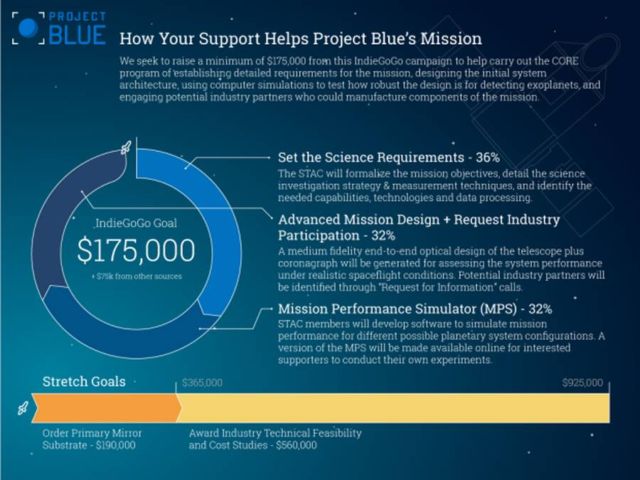 We could be the generation that discovers the first Earthlike planet beyond our Solar System. Project Blue has a team of expert scientists working on a state-of-the-art telescope to capture the first “pale blue dot” image other than Earth. The next step is to create detailed “blueprints” for our spacecraft, and we need you to help us get there.

To capture the first picture of an Earthlike planet in the Alpha Centauri system.

By capturing an image of a planet — actually seeing it in visible light — Project Blue hopes to gather key details about its composition including its atmosphere, surface characteristics, and its potential for oceans.

Our scientists will focus their observations on the Alpha Centauri system, Earth’s closest stellar neighbor at only 4.37 light-years away. Home to two stars (Alpha Cen A and Alpha Cen B) that closely resemble our Sun, Alpha Centauri provides a compelling opportunity for hosting habitable exoplanets. The probability of finding a rocky exoplanet in one of their habitable zones, which can be resolved by the ~50 cm diameter Project Blue telescope, could be as high as 85%. Alpha Centauri is the focus of many publicly and privately funded research efforts in the scientific community because of its close proximity to Earth. When robotic and human exploration venture beyond our Solar System, this will be the first system we travel to — especially if there is a sister Earth waiting to be explored!