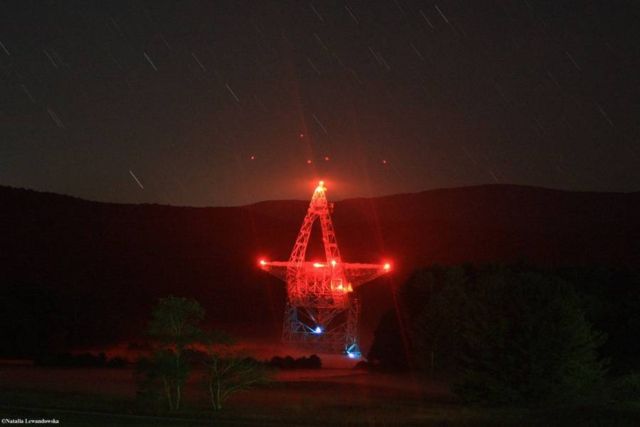 Green Bank Telescope observations of a dwarf galaxy three billion light years away reveal 15 bursts of radio emission. This is the first time bursts from this source have been seen at these frequencies.

Breakthrough Listen the initiative to find signs of intelligent life in the universe, has detected 15 fast radio bursts emanating from the mysterious “repeater” FRB 121102.

Fast radio bursts, or FRBs, are brief, bright pulses of radio emission from distant galaxies. First detected with the Parkes Telescope in Australia, FRBs have now been seen by several radio telescopes around the world. FRB 121102 was discovered in 2012, on November 2nd (hence its name). In 2015, it was the first FRB seen to repeat, ruling out theories of the bursts’ origins that involved the catastrophic destruction of the progenitor (at least in this particular instance). And in 2016, the repeater was the first FRB to have its location pinpointed with sufficient precision to allow its host galaxy to be identified. It resides in a dwarf galaxy about 3 billion light years away from Earth. 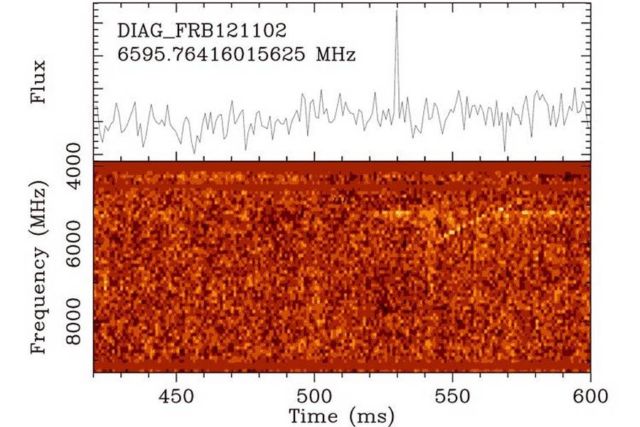 This is one of the 15 FRBs captured on August 26.  Credit Breakthrough Listen

Attempts to understand the mechanism that generates FRBs have made this galaxy a target of ongoing monitoring campaigns by instruments across the globe. Possible explanations for FRBs range from outbursts from rotating neutron stars with extremely strong magnetic fields, to more speculative ideas that they are directed energy sources used by extraterrestrial civilizations to power spacecraft.

Breakthrough Listen is a global astronomical initiative launched in 2015 by Internet investor and philanthropist Yuri Milner and cosmologist Stephen Hawking.