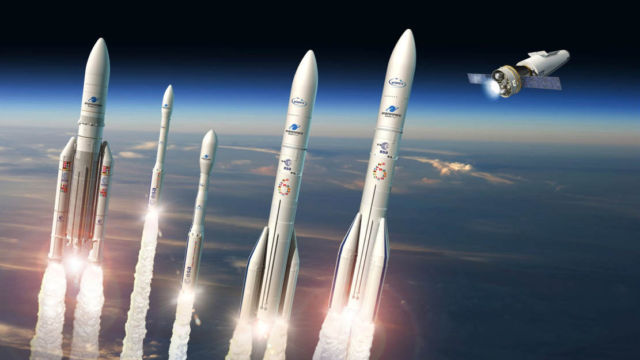 A new type of engine called ‘rotating detonation engine,’ promises to make rockets not only more fuel-efficient but also more lightweight and less complicated to construct.

To start the reaction, propellant flows in the gap between the cylinders, and, after ignition, the rapid heat release forms a shock wave (starts at 11 seconds). After this start-up phase, a number of stable combustion pulses form that continue to consume available propellant.

It takes a lot of fuel to launch something into space. Sending NASA’s Space Shuttle into orbit required more than 3.5 million pounds of fuel, which is about 15 times heavier than a blue whale.

Researchers at the University of Washington have developed a mathematical model that describes how these engines work. With this information, engineers can, for the first time, develop tests to improve these engines and make them more stable. The team published these findings Jan. 10 in Physical Review E.

There’s just one problem with rotating detonation engine: Right now this engine is too unpredictable to be used in an actual rocket.

“The rotating detonation engine field is still in its infancy. We have tons of data about these engines, but we don’t understand what is going on. I tried to recast our results by looking at pattern formations instead of asking an engineering question — such as how to get the highest performing engine — and then boom, it turned out that it works.”

A conventional rocket engine works by burning propellant and then pushing it out of the back of the engine to create thrust.

“A rotating detonation engine takes a different approach to how it combusts propellant,” Koch said. “It’s made of concentric cylinders. Propellant flows in the gap between the cylinders, and, after ignition, the rapid heat release forms a shock wave, a strong pulse of gas with significantly higher pressure and temperature that is moving faster than the speed of sound.

“This combustion process is literally a detonation — an explosion — but behind this initial start-up phase, we see a number of stable combustion pulses form that continue to consume available propellant. This produces high pressure and temperature that drives exhaust out the back of the engine at high speeds, which can generate thrust.”