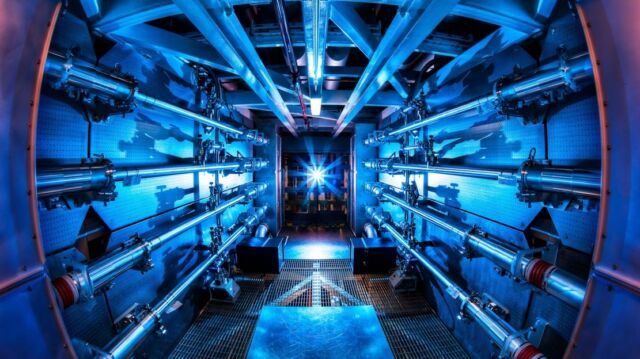 After many decades of trying, scientists have reached a milestone in fusion research: They run a reaction that created more energy than was put in to start it.

Also known as scientific energy breakeven, the experiment produced more energy from fusion than the laser energy used to drive it. The achievement is a major scientific breakthrough that was decades in the making, and will provide unprecedented capability to support the National Nuclear Security Administration’s Stockpile Stewardship Program and provide invaluable insights into the prospects of clean fusion energy.

In fusion reactions, whether in a reactor or the core of a star, atoms are slammed into each other until they fuse, releasing energy. The goal of fusion energy is to get more energy out of the reaction than what’s put in to energize and hold the fuel in place, and to do it in a controlled way. Until now, that has never been demonstrated.

📣 TOMORROW: @SecGranholm, alongside @NNSAHruby, will announced a major scientific breakthrough accomplished by researchers at our @Livermore_Lab.

You don’t want to miss this! Tune in LIVE at 10:00 AM ET: https://t.co/zNUEvtKQxV pic.twitter.com/ydsDxZKIQO