Scientists Call for pilot Fusion Power Plant in US

Scientists Call for pilot Fusion Power Plant in US 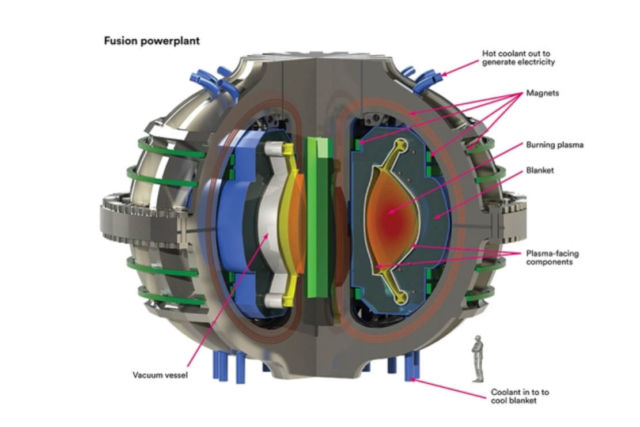 The growing sense of urgency around development of fusion technology for energy production in the United States got another boost this week with the release of a community consensus report by a diverse group of researchers from academia, government labs, and industry. High among its recommendations is development of a pilot fusion power plant, an ambitious goal that would be an important step toward an American fusion energy industry.

The report — the first of its kind in almost 20 years and the product of a novel 15-month collaboration process — identifies high-priority scientific needs that can help fill gaps in fusion knowledge and facilitate the drive to making fusion a practical energy source. It will be used by the U.S. Department of Energy’s Fusion Energy Sciences Advisory Committee (FESAC) as it undertakes a new phase of strategic planning for its Fusion Energy Sciences program, the primary U.S. source of fusion research funding.

Some 300 members of the fusion community hammered out their consensus during three major workshop meetings and hundreds of online working-group sessions, using an anonymous voting process that gave all participants the chance to express themselves freely. The top energy-related priorities include:

Also identified were several “opportunities and research needs” that are broadly applicable across the fusion and plasma fields: use of advanced computing technologies for better understanding and modeling; development of improved plasma diagnostics; enhanced support for public-private partnerships; and embracing diversity, equity, and inclusion, along with development of a more multidisciplinary workforce.

“This is first time in a generation when the fusion community has been called upon to self-organize and figure out its highest priorities for getting from fusion science to fusion energy,” says Bob Mumgaard, chief executive of MIT spinout Commonwealth Fusion Systems (CFS), one of a growing number of private companies pursuing fusion. “How we can get ready, with data, experience, test facilities — the things that are needed to support the science, and eventually an industry.