Home/Posts/NATURE/Animals/Smallest Dinosaur ever discovered
Previous Next 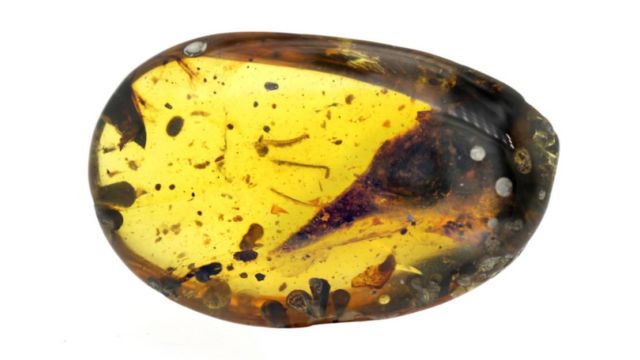 A tiny new species of bird-like dinosaur has been discovered, preserved in a lump of 99-million-year-old amber.

The tooth-filled skull is only 7.1mm long, suggesting that this ancient creature would have been the size of a hummingbird – far smaller than other dinosaurs known from that time.

Unusual features include large, side-facing eyes and a large number of sharp teeth suggesting a predatory lifestyle. The species has been named Oculudentavis khaungraae and is evidence of previously unimagined biodiversity in the Mesozoic era. 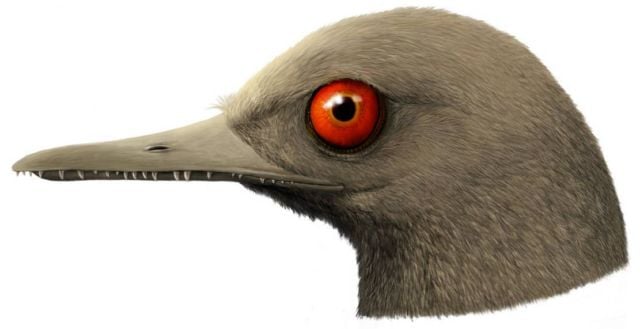 Jingmai O’Connor, the lead author of the study and a paleontologist from the Institute of Vertebrate Paleontology and Paleoanthropology in Beijing, China, explains:

“It’s the weirdest fossil I’ve ever been lucky enough to study. I just love how natural selection ends up producing such bizarre forms.

Animals that become very small have to deal with specific problems, like how to fit all sensory organs into a very small head, or how to maintain body heat. This process—called miniaturization—commonly occurs in isolated environments, most famously islands. It is no wonder that the 99 million year old Burmese amber is thought to have come from an ancient island arc [in northern Myanmar].” 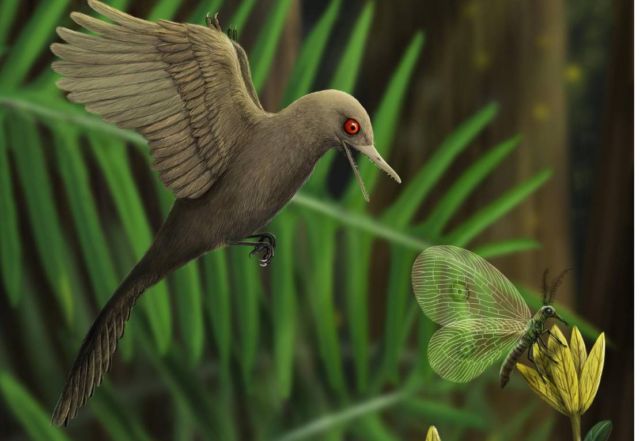 Roger Benson, a paleobiologist from the University of Oxford, said:

“This indicates that, only shortly after their origins late in the Jurassic period (which lasted from about 201 million to 145 million years ago), birds had already attained their minimum body sizes. By contrast, the smallest dinosaurs weighed hundreds of times more.” 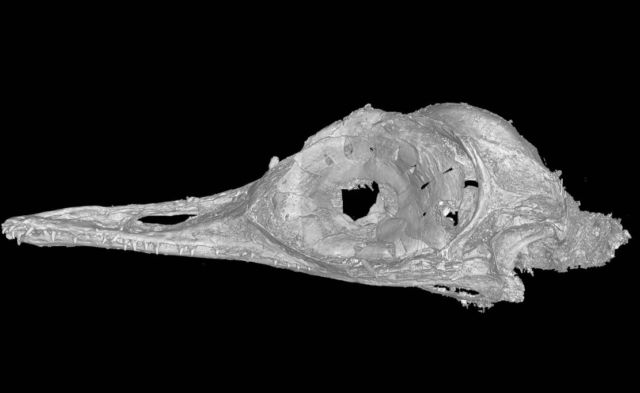 A CT scan of the skull of the ancient bird. Credit Li Gang