Soon this Telescope will show us the Edge of the Universe

Soon this Telescope will show us the Edge of the Universe 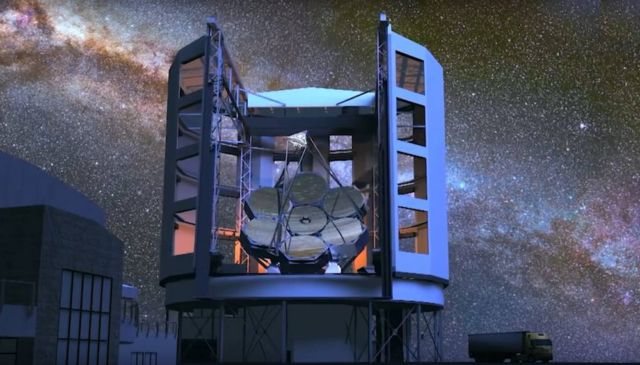 Soon the $1 billion Giant Magellan Telescope will show us the Edge of the Universe.

GMTO Corporation just announced the start of hard rock excavation for the Giant Magellan Telescope’s massive concrete pier and the foundations for the telescope’s enclosure on its site at Las Campanas Observatory in Chile.

Excavation is a key step towards the construction of the GMT, which is expected to see first light as early as 2024.

The 25-meter diameter GMT, expected to have a final weight of about 1,600 metric tons, will comprise seven 8.4-meter mirrors supported by a steel telescope structure that will be seated on the concrete pier. It will be housed inside a rotating enclosure that will measure 65 meters (~22 stories) tall and 56 meters wide. As well as working on the enclosure and telescope pier foundations, Conpax will excavate a recess in the summit rock for the lower portion of the mirror coating chamber and foundations for a utility building and tunnel on the summit. 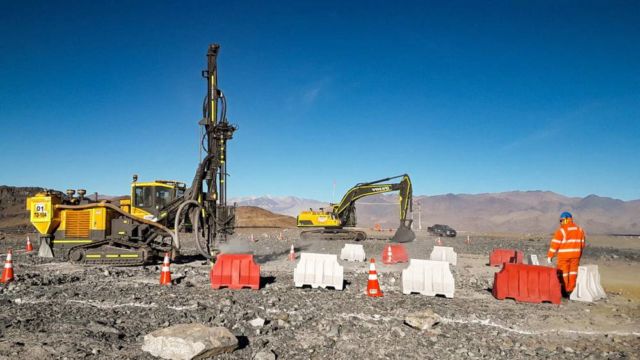 A hydraulic drill being used to create excavation boundaries: more than 4,000 cubic meters of rock will be removed in preparation of the pouring of the concrete foundations for the Giant Magellan Telescope and its support buildings.  Image credit: GMTO Corporation. 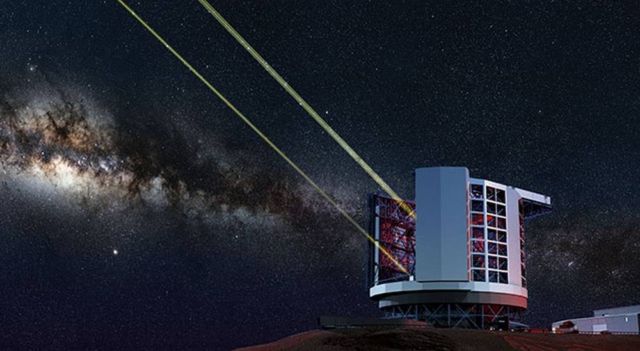