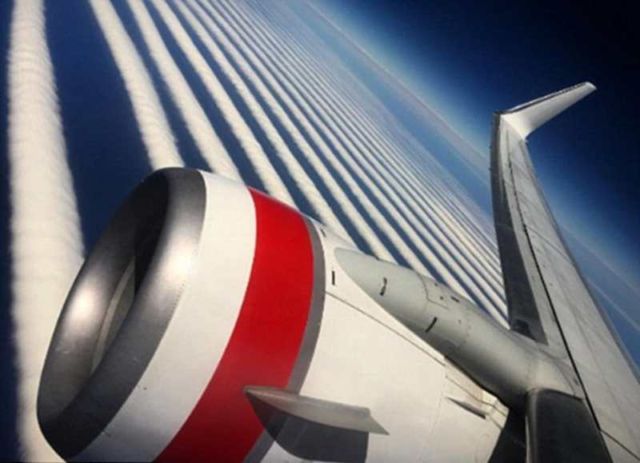 The rare cloud formation captured during a flight over the Great Australian Bight, from a passenger on Virgin Australia.

“The most unique cloud formation I have seen to date on route from Perth to Adelaide somewhere over The Great Australian Bite.” 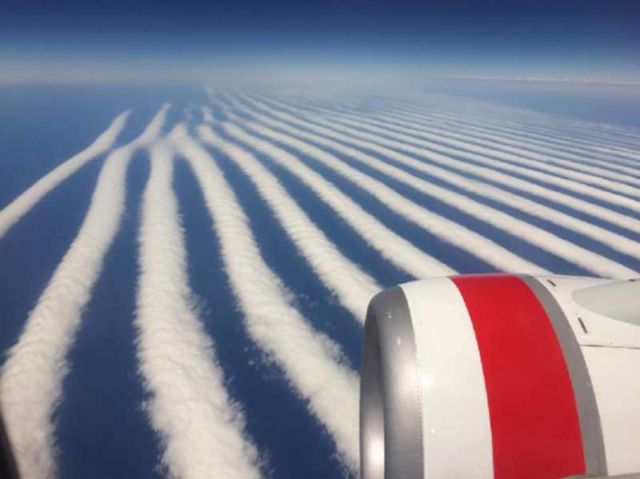 Neil Bennet, from the WA Bureau of Metereology said:

“The clouds were wave clouds, caused when air hit an obstruction such as a mountain, forcing the air over it. It’s like skipping a stone across water.

The wave clouds are caused by air being forced up over a range of hills and performing a wave like motion until it settles down, which causes the gaps.”